The Vermont Cynic • May 12, 2021 • https://vtcynic.com/opinion/are-vinyl-records-pointless/ 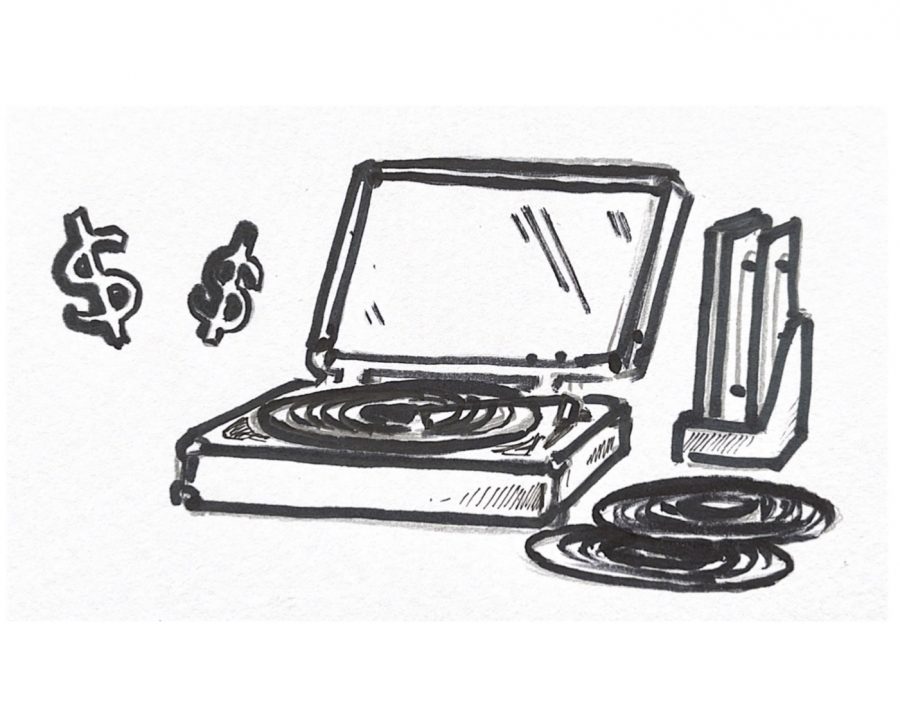 Though vinyl has made a comeback recently, there are far better and more convenient options for today’s listeners.

Vinyl is an experience. Vinyl collectors and users buy records because it offers not only an auditory connection to the artist’s music, but also a physical connection with the record itself. Vinyl appeals to all senses – sight, sound and touch.

However, this doesn’t mean that vinyl is the best route when deciding where to invest your time and money in regards to music. First, let’s look at some prices.

Record costs can scale from as little as $12 to as much as $40, according to the Austin Chronicle. Depending on the album they could cost over $100. You’re usually paying over double the price of a month of a streaming service for one album.

Streaming services also have additional benefits such as unlimited and ad-free listening, music downloads so users can listen on the go or just about anywhere and the ease of having music available on almost any electronic device.

Though vinyl is technically unlimited and ad-free as well, they’re hardly portable or able to be used in the gym, the car, on a walk, hike or anywhere else that requires mobility.

Some players can be somewhat portable, often shaped like briefcases with self-contained speakers. However, these usually require a power source like an outlet and are nowhere near as convenient as a smartphone or laptop.

Most setups are much more immobile, consisting of the turntable, multiple speakers and even subwoofers and the stereo itself. These can be rather large and unwieldy and once they’re set up, that’s usually where they stay. And that’s just the sound system!

Owning music on physical records also takes up space and the larger a collection is, the harder it is to transport. Record jackets are typically a little over a foot in length and width and though they are thin, they add up quickly.

At home, I keep my collection in a neat stack on my dresser next to my record player. This leaves little room for anything else. While at school, I keep my records on a little shelf above my desk where they fit a little better.

So with records and sound systems being costly and hard to transport, what’s the appeal? Vinyl continues to be popular because they turn music consumption into an interactive and “immersive experience” according to music site MusicEntrepreneurHQ in an article from May 14, 2019.

I started collecting records in January 2020, the first vinyl I ever bought was “The Downward Spiral” by Nine Inch Nails. I now have 15 and am always on the lookout for more.

Being able to hold the work of my favorite artists in my hand, examine every inch of the album art in great detail, watch the needle fall on the delicate grooves and hear the sound jump out of the speakers is amazing.

People also often say that the sound quality of records is far better than that of smartphones and other electronics. Though in my opinion there isn’t really a noticeable difference, some vinyl users claim the quality is unmatched.

Some also often pick vinyl over their digital counterparts because of the nostalgia factor. Many listeners love to take a step back in time and listen to music the way our parents and grandparents used to.

Though I love spinning my vinyl, I can’t give up the convenience and mobility of streaming services. Being able to play any song ever, wherever and whenever I want simply cannot be beaten.

Though the novelty and artistry of records are what set them apart, I don’t think they can quite top the instant gratification of my Spotify account. I love my records, but digital services are the obvious choice.