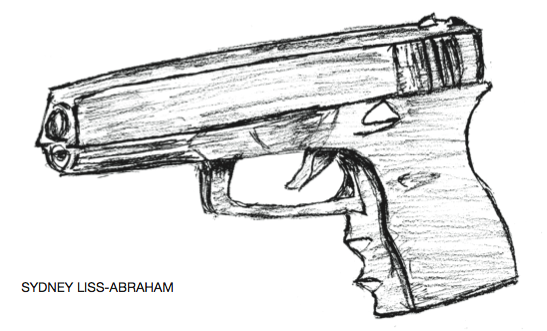 We have seen in our nation’s past the deadly failures of gun-free policies.

Sandy Hook Elementary School, the Aurora movie theater, Pulse nightclub, and Virginia Tech were all areas in which the carrying of firearms was prohibited, and mass carnage ensued.

Since those intent on inflicting mass casualties are not deterred by a gun-free zone sign posted on a front door, it is time that policies restricting the possession of firearms on college campuses be rescinded in the name of public safety.

Here at UVM, the possession of any weapons other than pepper spray or knives under three inches is prohibited by University policy, unless one obtains the permission of the chief of police.

I fail to see how a public university such as UVM has the authority to place restrictions on the possession of firearms. The state of Vermont allows the carrying of firearms in public, and that policy should apply to all public lands, including UVM.

Public universities should not get special exemptions from the law.

The University cannot censor this newspaper or my words due to First Amendment protections.

It cannot prohibit me from peaceably assembling or from practicing my religion on campus. Why is it able to single out the Second Amendment as the one constitutional right it gets to disregard?

Opponents of campus carry bring up concerns of students engaging in violent acts and of accidental discharges. These are valid concerns that must be taken into account.

Claims regarding licensed students intentionally shooting each other are unfounded in states that allow campus carry.

Of the states mandating that public universities allow concealed carry, there have been no firearm-related acts of violence carried out by licensed concealed carriers on college campuses.

However, there have been five reported accidental discharges at universities by either students or staff that occurred shortly after the enactment of campus carry, none of which resulted in life-threatening injury.

Accidental discharges are serious, and appropriate action should be taken on an individual basis. An entire group of people should not be stripped of the right to self defense due to the negligence of a few.

When examining public policies such as campus carry, it is essential to disregard emotions and rely solely on empirical evidence.

Based on the facts, it is evident that gun-free zone policies are utter failures nationwide, these policies have cost many lives, and that concealed carriers are not a danger to public safety.

Many of you will disagree with me when I argue that guns should be allowed on campus. However, I want you to weigh the following options you have if you ever are faced with an act of violence.

You can hide and pray the police get there in time, you can try to pepper spray an attacker or use a knife under three inches for protection, or a law abiding concealed carrier sitting in class with you can help neutralize a threat.

God forbid the unthinkable were to ever happen here, I presume you will be wishing you had more effective means of defending yourself.

I don’t expect to be faced with an act of violence, but
in the event that I am, I don’t want to be disarmed by misguided policies and suffer the consequences as a result.

As the saying goes, if you ever need a parachute and don’t have one, let’s just say you’ll probably never need one again.