Change the drinking age to 18 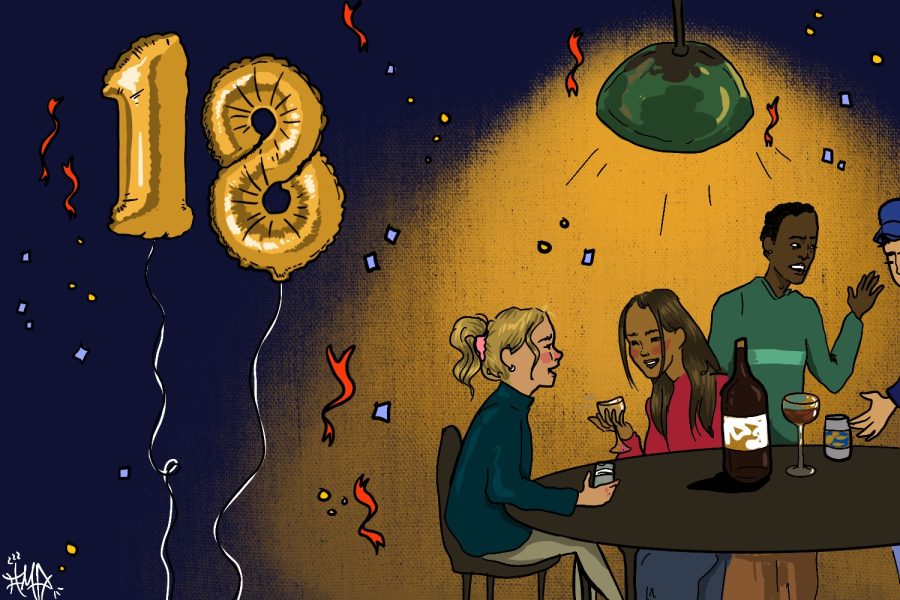 I turned 21 two weeks ago, and upon finally being able to purchase alcohol legally, I went on a bit of a bender.

By the time my bender was over, I irresponsibly finished four handles of liquor in a little over a week, and had almost no memory of the previous few days.

I realized the past years of not having easy access to alcohol incited this desire to get trashed. This experience only confirmed what I already knew to be true: the drinking age in the United States needs to be lowered to 18.

Having a drinking age of 18 would lessen the desire to drink excessively and the consequences of doing so.

It wasn’t until 1984 with the passage of the National Minimum Drinking Age Act that the drinking age across the country started to uniformly become 21 years-old, according to Congress.gov.

The federal government, under pressure from nonprofit organizations like Mothers Against Drunk Driving, threatened to withhold millions of dollars in funding for highways, according to the ProCon.org article.

Attempts to shelter young people from alcohol until they turn 21 through legislation doesn’t keep underage drinking from happening.

Seven million people ages 12 to 20 reported they drank alcohol beyond just a few sips in the month prior to publication, according to an October 2021 Underage Drinking webpage on the National Institute on Alcohol Abuse and Alcoholism.

Of that total, 18.4% came from boys and girls ages 12-15, representing over 1.2 million cases of underage drinking for that age group, according to the same webpage.

One third of college students ages 18 to 22 engaged in binge drinking in the past month, according to the College Drinking webpage on the National Institute on Alcohol Abuse and Alcoholism.

Binge drinking is defined as the consumption of large amounts of alcohol in over the span of two hours or less, and it can cause various issues including an increased risk of developing alcohol use disorder, according to an American Addiction Centers article.

Setting a lower minimum drinking age allows parents to oversee their childrens’ use of alcohol and teach them ways to drink responsibly.

The more you tell people they cannot do something, the more they will want to do it — especially young adults.

If forced to learn to drink in secret, we often will not recognize how much is too much.

Introducing people to alcohol at a younger age would provide opportunities for them to learn how to drink responsibly: a move that would lower rates of excessive underage drinking and the issues it creates.

The U.S. minimum legal drinking age should return to 18.