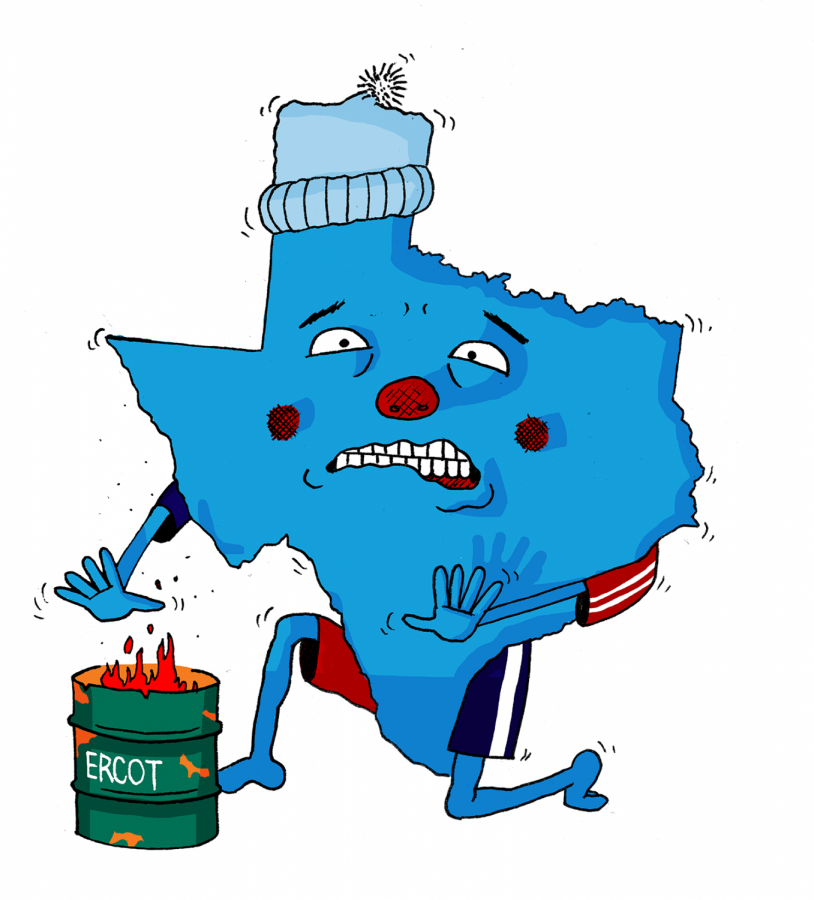 “Climate change isn’t real— look outside,” is the rally cry of climate-deniers all over the globe.

This rhetoric worked for a time, but now that climate change has worsened, it is no longer a viable response to deny a rise in temperature.

I feel like, to understand climate denial, we should look to Texas.

Texas has some of the most lenient climate policies in the country.

This is why companies like Tesla are moving to Texas— there is no income tax and climate regulations like carbon taxes  are less intense than blue states like California.

Ted Cruz, a  U.S. Senator for Texas, left the state for a vacation in Cancun during the freeze and came under scrutiny for that recently.

To deny climate change when low-income, minority communities are freezing in a climate that does not normally see weather under 40 degrees Fahrenheit is dishonorable and unethical.

That is why Cruz was shamed for leaving the state. His constituents were left in the cold while he went to a tropical area for funsies.

Cruz and the Texas government failed their citizens long before he left them to fend for themselves in new circumstances caused by climate change.

Texas’s power system is set up to withstand scorching heat, but when it comes to freezing temperatures, the state is not prepared.

The state government does not believe in climate change leading to  power plants going down as Texans tried to heat their homes.

The energy industry was not the only group unprepared in Texas. In a normally warm climate, Texans learned that they might need to insulate their house, invest in winter coats and learn how to shovel a driveway.

This unusual weather is climate change in action; regular lifestyles are being uprooted and people are going to have to adapt.

Even if the changes are expensive they are necessary as without being prepared the extreme weather events become more dangerous. It is the sad reality of climate change.

Here in Vermont, a blue state where most do not deny climate change, we are starting to see the effects of climate change as well.

Look outside. Winters that used to be regularly well below freezing are now seeing spikes of temperatures up to almost 50 degrees some days.

This affects the biggest draw to Vermont in winter: skiing. More frequently ski mountains are having to make fake snow to ensure the mountain has enough coverage.

Already people are choosing to head out west to ski where there is plentiful powder instead of icy trails. If this trend continues, the economy in Vermont may be affected due to less people coming in the winter.

Change in weather is not normal, but it is the direct impact of climate change.

Summers are heating up with the National Oceanic and Atmospheric Association (NOAA) reporting all 48 contiguous states having hotter-than-normal weather for the first six months of 2020.

Global climate change is no longer a far off problem that people can ignore; it is here now.

Natural disturbances like the freeze in Texas are only the beginning of change we will see in our lifetimes.

This change will affect low-income, POC communities more than the wealthy. This was made clear by Ted Cruz traveling to a warmer area while his state froze.

It is time we move the conversation forward from whether or not climate change is real to what we are going to do about it.

As I see it now, if we continue down the he said, she said method of dealing with climate, we have no chance to save the species on this planet.

The future of climate conversations must be towards mitigation, not fact versus fiction.

When we look outside, we can see in real-time that we are losing time.

Texas has frozen over, and like hell, that means something once thought impossible happened.