The Vermont Cynic • May 5, 2016 • https://vtcynic.com/opinion/despicable-rule-a-minion-takeover/ 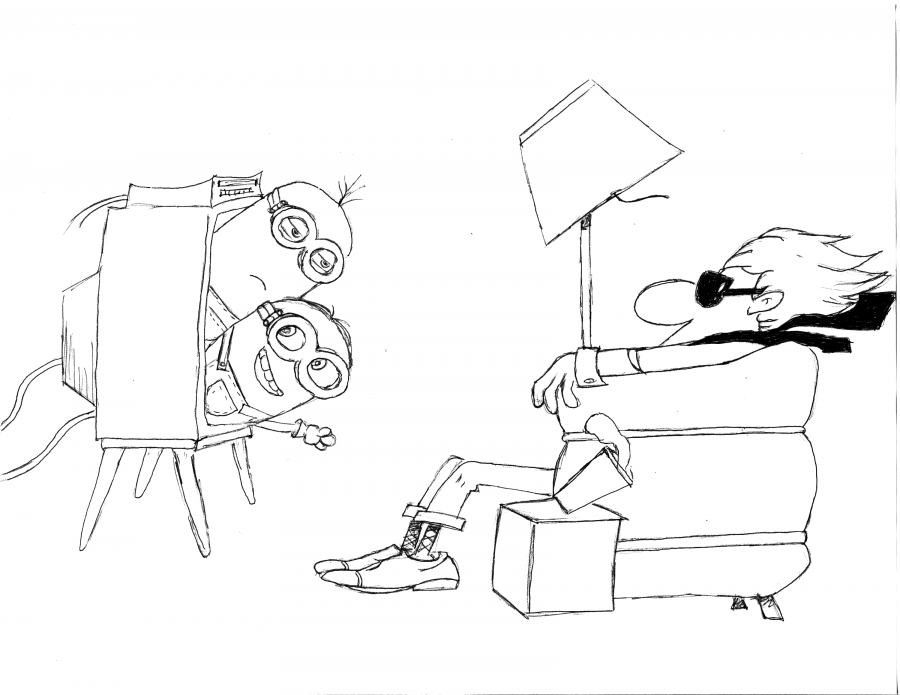 It all started July 9, 2010. It was innocent enough: finally, Steve Carrell was going to do some voice acting in a children’s movie — he had a silly enough voice for it, good for him.

He played a supervillain named Gru, an Eastern-European man with a massive, hawkish nose.

The character’s most noticeable attributes were a likelihood to fail miserably and a shiny, bald head. The point of the movie was that he was an ineffective villain — so much so that he adopted a small family of orphaned children.

It was a family movie, with ample silliness for the kids to enjoy and enough wit to keep the parents somewhat entertained. The movie scored an 81 on Rotten Tomatoes, which isn’t bad for a children’s movie.

It was fine; nothing to write home about, but completely alright. But you see, this marked the beginning of the end.

While the initial movie and its sequel — the imaginatively named “Despicable Me 2” — weren’t exactly blockbusters, they paved the way for something even bigger: “Minions.”

The producers in Hollywood quickly realized the audiences were fixated on the secondary characters in the film, known as minions, instead of the real plot. Steve Carrell was kicked to the curb and replaced by bumbling beings whose speech consists exclusively of nasal gibberish and the word “banana.”

At first it was inoffensive, bordering on cute — some food items that already looked like the minions had their label altered for a clever and naturalistic ad campaign.

Twinkie wrappers were given goggles and smiles, while bananas got little stickers. But over time, it became more aggressive: water bottles, paper towels and every other imaginable product was soon covered in these things. It was impossible to avoid them. 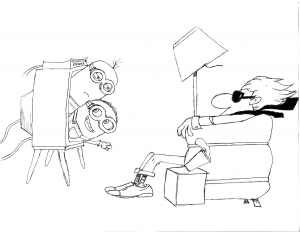 Nobody wanted to watch it, but something inside of them just made them; it grossed more than any other movie had before, and that was just the opening day.

The profits were so high that the creator of the minions, Pierre Coffin, was able to run for president without a single super PAC.

He was the most popular candidate by far in the “moms who use Facebook” and “people who actually watch ABC comedies” demographics, and since these are overwhelming majorities of the voting population, he won in a landslide victory.

Pierre’s first executive order was to have every purchasable item branded with at least one minion.

As time went on, however, the laws became more extreme. Anyone caught giving the movie bad reviews were captured for “re-education,” and anybody else saying Coffin’s ways were “unconstitutional” were immediately “publicly executed.”

This all happened so fast it became a blur.

First they came for the political opposition, and I did not speak out, because I was not a politician.

Then they came for the movie critics, and I did not speak out, because I was not a movie critic.

So here I sit, waiting for my execution inside a frigid holding cell, hastily scrawling in the tattered remainders of a Moleskine notebook — I knew I shouldn’t have said “Megamind” was a subjectively better supervillain movie.

Anyway, I just hope I can pass these words along to someone, so they will know how this all started.

As the years slip by, it’s been harder and harder to recollect what life used to be like — it doesn’t help that they’ve rewritten all of the history books and censored all the news.

The people must know how America once was, and only then can we make a change and win back our freedom. My brothers and sisters, unite!

We have nothing to lose but our chains. And the mandatory denim-overalls/goggles outfits.