Don’t give up on reproductive rights 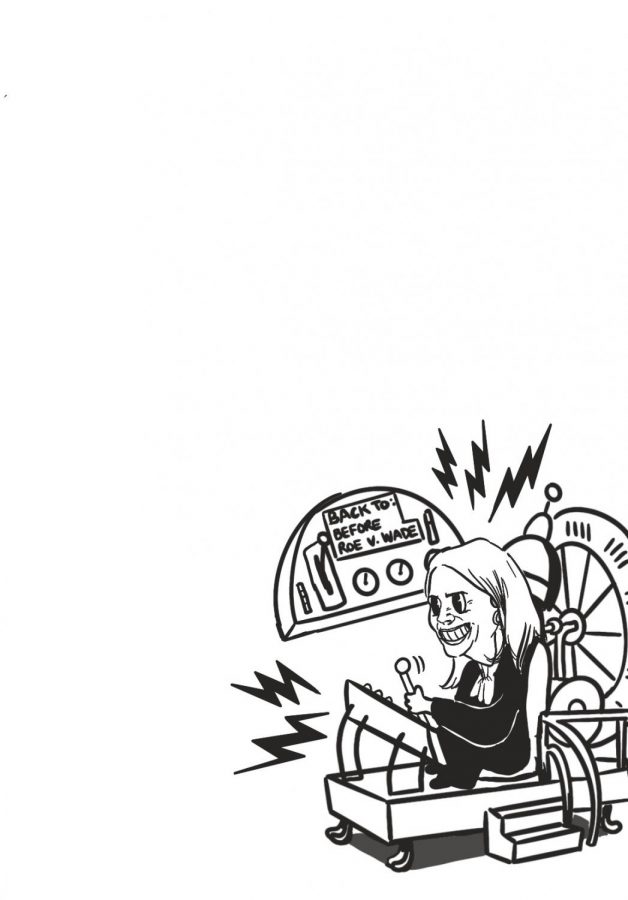 In a country where many women already have limited access to reproductive rights, Barrett has confirmed the fears that lurk in the back of every woman’s mind.

She stands as one of nine on the court as the last nail in the coffin of decades of judicial rollback on women’s rights—no longer a need to speak in hypotheticals, women should be scared.

Even though Roe v. Wade was decided nearly 50 years ago, Republicans, like Amy Coney Barrett, have been fighting tooth and nail to reverse the decision ever since. Now, they quite possibly could do that.

As we write this Staff Editorial, we have to acknowledge the elephant in the room. The Cynic’s editorial board is made up of two white, cisgendered men and one woman.

For this piece, we asked two editors, both women, to write about what the confirmation of Amy Coney Barrett meant for them, and why her confirmation might be even scarier than the reelection of Donald Trump:

As women, we are terrified.

Late into the hours of Nov. 8, 2016, Donald Trump was elected the 45th president of the United States. We all remember exactly where we were when we heard the news.

Over the last four years, another moment stands out, that we, as women, will simply always remember.

We won’t forget where we were when we heard Ruth Bader Ginsberg died. We knew that whatever fears we had at 4 a.m. Nov. 8 four years ago as we laid awake in bed grappling with what might come in the years ahead, had been, quite literally, confirmed.

We looked silently into the eyes of our best friends, we texted our moms with shaking hands and when the news had finally set in, we wondered about doctors appointments and the dwindling pills in our pack.

On Oct. 26, Amy Coney Barrett was confirmed to the United States Supreme Court and while Republicans have tried to paint her as a worthy candidate to succeed the brilliant Justice Ruth Bader Gindsburg, we should be scared.

Amy Coney Barrett’s track record on abortion access as a judge, and her vocal opposition to abortion as a private individual, worries us for our future.

And we hope that any individual reading this who does not have a uterus understands what we mean by “our future.”

Our health is at stake. We use birth control pills so we won’t be doubled over in pain for a week out of each month, and we rely on the Affordable Care Act to access women’s health for mammograms and breast cancer treatment.

Forcing women to carry a fetus to term against their will is a violent attack on our bodies and human rights and will change the trajectory of our lives until the day we die in a way we had no say in.

Our lives are at stake.

Just because women don’t have access to abortions doesn’t mean they won’t find a means to get one.

We know that there are people without uteruses that will read this and roll their eyes. They will call us dramatic, hysterical, moody and god forbid, PMSing. But we have reason for concern.

Barrett is behind the gavel that decides whether the Affordable Care Act stays or goes. The ACA allows women equal access to health coverage and forbids insurance companies from denying patients due to pre-existing conditions like breast cancer.

It also requires more healthcare plans to cover contraceptives with no out of pocket costs.

While Barret has said that she doesn’t think Griswold v. Connecticut, a landmark Supreme Court case legalizing contraceptives, is “in danger of going anywhere,” she has voted in favor of abortion resitrctions. In many states, the line between birth control and abortion may not be very clear.

What do men need to do right now to protect those of us with a uterus?

Hear what we are going through and don’t invalidate it. When we talk about our real fears about losing birth control access, don’t make gross jokes about women’s periods and laugh off pregnancy scares.

Educate yourself. Take the time to learn about women’s reproductive health and why things like birth control and abortion are not optional.

And finally, vote for candidates who support women’s health. Stop saying you don’t follow politics that closely because “it just doesn’t affect you.”

Before you go to the polls to cast your vote, think about how the candidate your voting for will affect the women in your life.