Don’t just give up after the election. Fight! 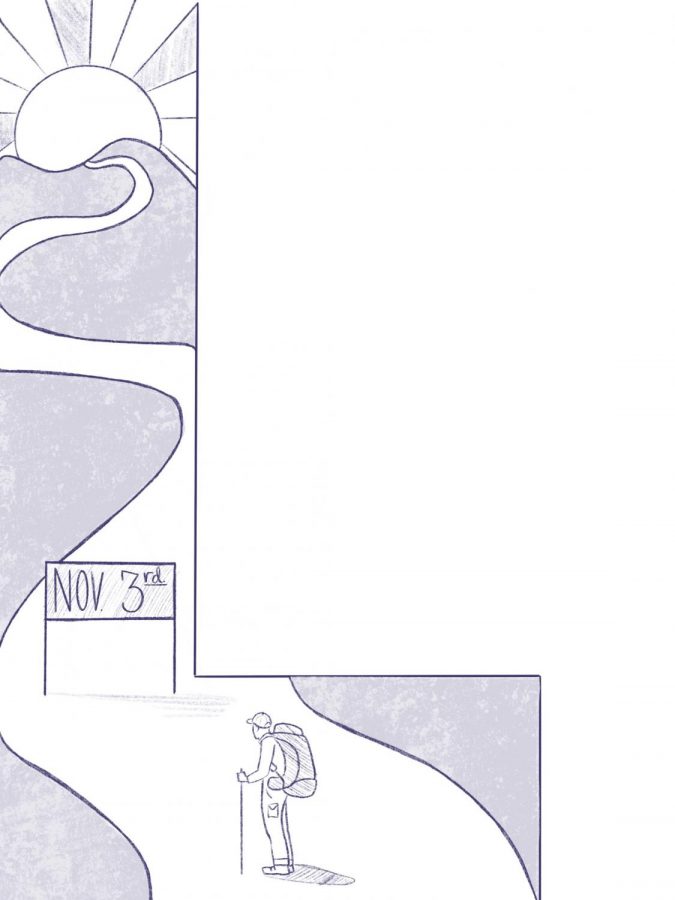 This week is one of the most important in recent memory. It is the week in which millions of ballots are counted from across the United States to determine our public officeholders. This will help determine where the path for change goes in this country.

But if you want change, you must first realize that it isn’t bound to elections alone. If you are “settling” for someone in an election, they will make less progress than you desire of them. This concept highlights the fact that change is most bound to what we do and how we use our voices to signal our desire for change.

The most prominent way it seems that change is advocated for is by rallying and protesting.

Protests are an outlet of anger and demand. While it is okay to feel disappointed if something doesn’t go one’s way, such as your preferred candidate losing an election or a favorable policy proposal being implemented, you can turn that feeling into a call to action. If you can’t expect others to make changes on their own, you should try to advocate for change yourself.

The Black Lives Matter protests of the past several months are a prime example of this. They showed just how much we wanted African-Americans to be treated as equally as others. Hundreds of thousands of people marched, made signs and rallied for their cause so their voice may be heard by companies and politicians.

In some cases, letting their voices be heard has led to some real change. For example, New York City set aside about $1 billion from their police department budget into social and human service work after BLM protesters complained that it was overfunded.

Another example is how after the Parkland shooting, the rallying cry for gun control was so strong that it convinced Florida’s government, traditionally pro-gun, to establish background checks and raise the minimum age for buying firearms.

Not letting one’s voices be heard can have significant consequences. For example, lack of participation in political primaries led to the presidential nominees in both major parties being very unlikable in 2016 and arguably 2020 as well.

While protesting can have great effect, another way to make change is to study, volunteer and have careers that directly advocate for change. A lot of change is not caused by governments, but by businesses and nonprofits, so being part of those is naturally helpful. Facts like this are why I want to work in the field of conservation.

This started with volunteering, which is a less intensive yet still powerful tool for change. My years volunteering for the Wildlife Conservation Society showed how much of an impact volunteers can have. I was able to teach thousands of people about animals and conservation through running activities in the Central Park Zoo. Many of them left with a newfound outlook on the world around them.

Volunteering can also be done for politicians themselves. Congressional interns and campaign volunteers are vital for determining how politicians vote and how well they perform their duties. They also can use these opportunities to learn what exactly the lives of politicians are like and can use it as a stepping stone to become politicians, as many have done in the past.

While volunteering is very productive, careers have the additional benefit of bringing in an income. This allows it to be less of a side-gig and more of the primary focus of your life. Through something like this, you can put all of your eggs in one basket while also making a living.

An example of careers having an impact is in the field of combating climate change. Jobs in related industries, especially renewable energy, are growing faster than ever. This, combined with public opinion is causing companies to invest more and more into clean energy projects and less in fossil fuels.

Other careers that have impacts include nursing, social work, humanitarian work and STEM. These jobs fall within the core of making change, directly impacting the issue you are advocating for.

Some careers can also directly fuel protests and activism themselves. One man who has proved this right is Bill Nye. After becoming a household name from his namesake science show in the 1990s, Nye has used his position as both a scientist and an entertainer to fuel movements such as the March for Science and the 2019 Climate Strikes, rallying millions of people behind his causes.

Through careers as well as volunteering, you are able to have a strong voice and feel personally responsible for what happens rather than feel like a small part of a large movement.

At this moment in history, we are at a crossroads. With what is arguably the most important election of our generation out of the way, we must move forward and keep on fighting for what we believe in. Whether elected politicians support or oppose our goals is one aspect of this fight, but being a driving force of change ourselves is the real power that we possess.