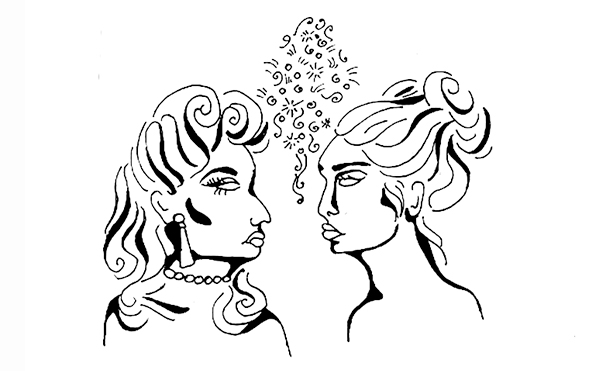 “RuPaul’s Drag Race” showcases a number of drag queens competing to win the title of America’s Drag Superstar.  It is hosted and created by “the mother of drag,” Rupaul Charles.

For years “RuPaul’s Drag Race” has stood as an icon of gay culture and progressive attitudes, but things started to shift after Rupaul’s now infamous quote, “You can take performance enhancing drugs and still be an athlete, just not in the Olympics.”  RuPaul was referring to transitioning transgender women not being allowed to compete as drag queens on his show.

The pushback from the transgender community highlighted how important drag can be for a variety of people who want to explore their own gender identity.

Even though I am a cisgender woman, drag has been close to my heart since I was 10 years old, and the conversation really got me thinking about the future of drag and gender as we see it.

Understanding drag’s roots in gay culture and now gay visibility in pop culture is extremely important, but its current perceived exclusivity to cisgender men, stemming from “RuPaul’s Drag Race,” seems counterintuitive to the beautiful art that is drag.

Drag has always defied gender boundaries by both pushing the limits of gender expression as well as showcasing the limitlessness of gender.

While these traditional roles are still and will always be valid in the drag community, other forms of drag need to be accepted as well such as transgender queens and bio queens. With increasing recognition that gender is a social construct, why should cisgender women or transgender people be left out of the drag conversation?

As a cisgender woman, all of the good and bad parts of femininity are assigned to me by strangers every day. Through drag, I can take control of the message and explore the very idea that I have lived under my whole life.

For a transgender woman, drag offers a way to explore the concept of femininity. Excluding women, cis- or transgender, from drag is in its own unique way patriarchal.

It’s hard to understand how or why a show like “RuPaul’s Drag Race” would draw lines around who can participate when the message always seemed like inclusion. Drag can be empowering to any body, male, female or somewhere in between.

The future of drag is allowing each person to explore gender through their own inner character and finding the ways in which we can all connect through that.

Drag offers important critiques of gender. As it’s an art form centered around performance, it showcases how gender itself is a performance. However, pop culture drag seems to lack that message and focus on the flashy glitz and glamour side of things, as well as looking only from the male perspective on how and what femininity is.

While pop culture drag, like “RuPaul’s Drag Race,” is fun to watch, it really misses the underlying importance of drag itself. Keeping mainstream drag so exclusive to cisgender men harms the progress the art form can make and the impact it can have on how we as a society view gender.