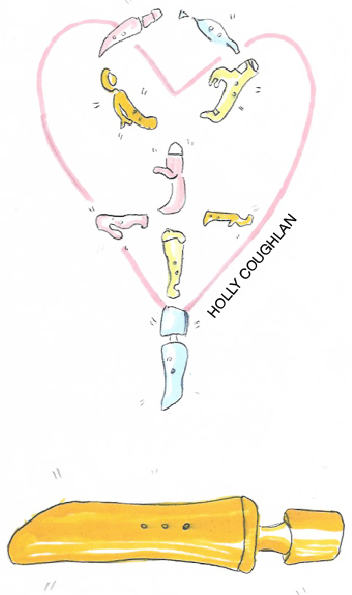 At the drop of the “M-bomb,” you may experience an array of reactions: wonderful, gross, desperate, pleasurable, shameful. It might even make your shoulders tight and your face hot.

Regardless of your reaction, society has kept the conversation silent, especially for women.

According to the 2018 Tenga Global Self Pleasure Report, 76 percent of American women have masturbated, but it’s still culturally written off as just a “guy thing.”

A 2010 University of California study concluded that according to traditional gender-based sexual roles, sexual passivity is normalized for women and sexual agency is for men.

Conforming to these gender roles directly decreases sexual satisfaction for women, but does the opposite for males.

This is directly playing into the stereotype that a woman’s sexuality should be repressed until it’s somehow ignited by a man.

Meanwhile, in the real world women are owning it all damn day.

But it’s definitely worth recognizing that for both women and men, it’s a healthy and natural thing that, like sex, we either choose to do or not.

Simply thinking about the importance of your own pleasure is practicing sexual agency.

Being able to define yourself sexually, knowing what you want and what you don’t are important agents in accomplishing the goal you have going into a sexual encounter.

Women generally have been lacking sexual agency for decades, so to hush up the idea that women can and do, like men, derive pleasure from sex (or otherwise) is going against years of protected gender roles.

By playing into the stereotype, we are normalizing the idea that heterosexual sex is about a woman existing solely for male pleasure.

Women should be as unquestionably free to shamelessly explore and embrace their sexuality as men are.

So if you really want a cup of tea but there’s no one there to make it for you, great news, you can totally make it yourself.