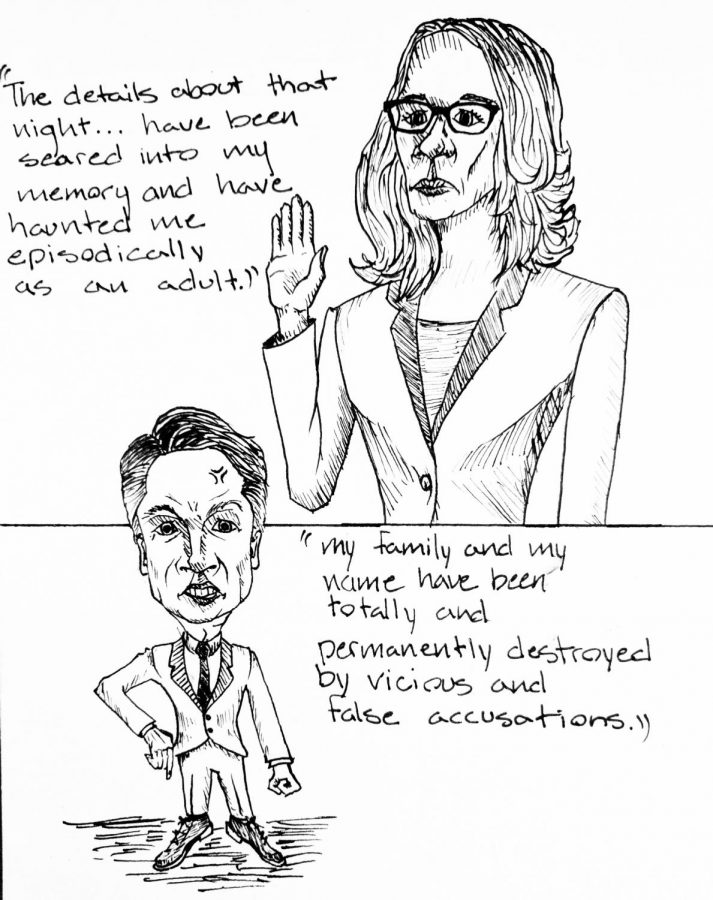 We, the undersigned University of Vermont faculty, write in support of Christine Blasey Ford and all survivors of sexual assault.

We also write against the confirmation of Supreme Court nominee Brett Kavanaugh and against the toxic conditions of gender, sexual and racial inequality and violence that have been fomented by the country’s highest office holders.

These are the toxic conditions that gave rise to Kavanaugh’s nomination and that his elevation to the Supreme Court would reinforce, including at the University of Vermont and in our wider community.

These are only the cases that were reported, just one indication of how a nationwide culture of sexual predation and violence pervades our own campus, dorms, classrooms, workplaces and neighborhoods.

Of grave concern to us is the combined force of racism and misogyny that has been escalated and legitimated by the Trump White House, its appointees and nominees — its effects visible in racist messaging and threats on campus, and cited by Vermont’s only female legislator of color as necessitating her resignation.

With this letter, we call on the U.S. Senate to commit to a thorough and independent investigation of the claims of Ford and of all other women against Kavanaugh.

We further call on members of the University of Vermont community to stand with Ford and with survivors of sexual assault, and we call on UVM administration to increase prevention strategies to combat assault and improve the humane and sensitive treatment of victims who report sexual violence.

With and beyond this letter, we commit our voices and our power to oppose the confirmation of Kavanaugh and to the multiple threats he represents, including to the integrity of the judicial process itself.

More than 140 UVM faculty members have signed this letter. The entire list of signers can be found on vtcynic.com.