Fighting against the fake news fad 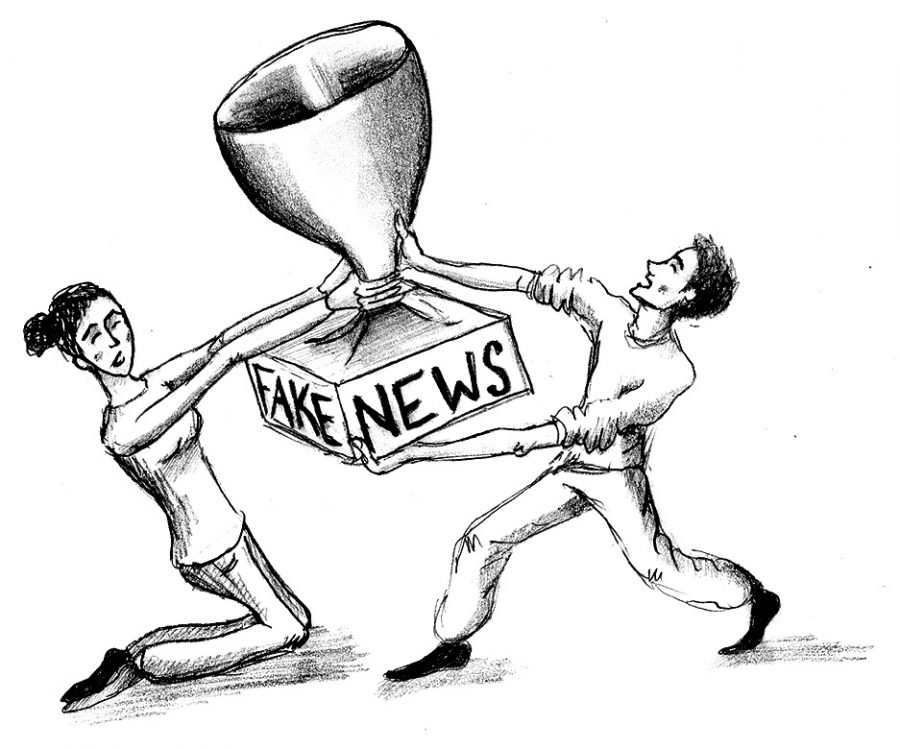 This time, it was another attack on one of his favorite long-time targets: news media.

“We should have a contest as to which of the networks, plus CNN and not including Fox, is the most dishonest, corrupt and/or distorted in its political coverage of your favorite President (me),” Trump tweeted Nov. 27.

The president offered up a fake news trophy to the contest winner.

In light of the past few weeks, Trump’s concern about fake news stories in mainstream media isn’t ridiculous.

But the fake news we’re concerned about isn’t coverage of Trump’s political moves.

It’s that a woman last week approached the Washington Post claiming she had been in a sexual relationship with Republican Senate candidate Roy Moore as a minor.

The Post found inconsistencies in the woman’s story. After further investigation, the paper found a link between the woman and what they’re calling an “undercover sting operation.”

The nonprofit’s mission is to “investigate and expose corruption, dishonesty, self-dealing, waste, fraud and other misconduct in both public and private institutions in order to achieve a more ethical and transparent society,” according to the Project Veritas website.

The Post is a credible news source with rigorous journalistic standards. They did what all good papers do: investigate and try to validate a source’s claims before publishing it.

The editors’ decision to report the attempt at spreading the fake story shows that fake news is a major issue, just like Trump tweeted.

This story demonstrates the importance of strong newspapers.

The difference between those sources and ones like The New York Times and the Washington Post is the level of professionalism, training and the ethical standards to which professional news organization should hold themselves.

We live in a world of 24-hour news cycles, barrages of political commentators and social media articles that confirm rather than challenge personal biases.

Be mindful that there are three sides to every story: one side, the other and the truth.

Seek unbiased sources and read all news stories with a critical eye.