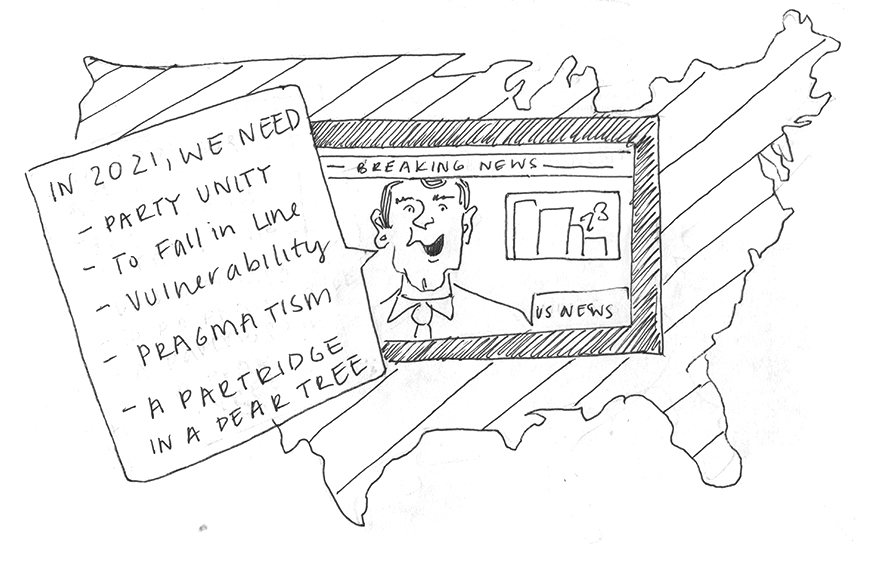 The Democratic primary is more than a year away, but news outlets have already begun asking: who will you vote for in 2020?

Voters’ choice will have profound consequences, but with upwards of 15 candidates likely to run for president as Democrats, the wounds of 2016 still unmended, a battle of ideas between the party establishment and the party’s left wing on Capitol Hill, which path voters will choose is uncertain.

Over the next year, there will be calls for party unity, warnings against “purity tests” and compulsions to “fall in line”. Policy, vision and ideology will be cast aside in favor of identity politics and incremental pragmatism.

“Don’t be picky.” “We need to be pragmatic,” they’ll say. But the pragmatists mistake strategy for ideology, and try to solve our most urgent challenges in half-steps. Their inadequacy is symptomized in our country’s political dysfunctions – we are distrustful, frustrated and polarized – but that’s a discussion for another day.

At the same time, we’ll hear “It should be a woman.” “It should be a person of color” too. And they’re right, it should. That our representatives should look like us is a central tenet of any representative democracy. But treating women and people of color as one dimensional monoliths — instead of as diverse social groups with many of backgrounds, ideologies and political interests – represents an identity politics that is incomplete. There is something missing from this conception of political identity.

How do we explain why the profound existential issues that we face – inequality and poverty, racism, sexism, perpetual war, climate change – persist? They long predate Trump and won’t disappear with his defeat. Where is the political will to save ourselves from social turmoil and economic depravity?

The answer isn’t complicated. Throughout American history, one class of people have dominated policy making – white, wealthy men. In their tenure as our ruling class, they have pursued their interests with ruthless efficiency. The immense productive capacities of industrialization and capitalism have allowed the white, rich ,and male  to accrue unthinkable riches while the rest work hard for low wages. Investments in the stock market trumped investments in our schools. Protection for bankers, but not our environment. Socialism for the rich, capitalism for the poor.

Today, the ruling class has diversified – its become less white and less male. But it hasn’t become less wealthy or powerful (in fact, the opposite is true), and the lives of normal people haven’t gotten much better.

People’s interests are married to their position on the social hierarchy. As long as our politicians, CEOs, and highest achievers live lives so alien and segregated from our own, we will never make the changes we need to face our greatest challenges. Rich people don’t have to worry about poverty, or climate change – so they don’t.

As you consider political candidates, for the presidency or any other office, remember that social class is part of our identity. Choose someone who looks like you, and lives like you. Remember that ideology matters. Policy matters.

Out of 325.7 million Americans, we can find one president, 435 representatives, and 100 senators who pass that purity test, with flying colors.