For lasting administrative changes, we must act now 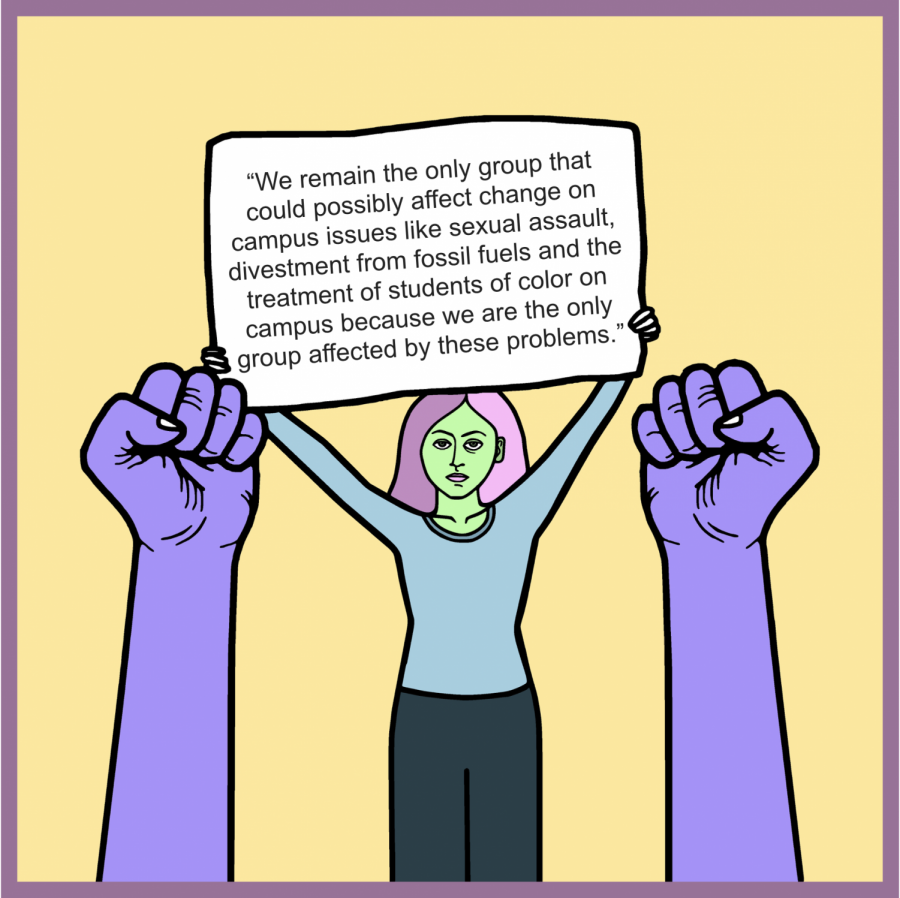 Almost every week I hear a new story about the UVM administration doing something that harms the spirit of our community.

The time to address the roots of these problems is now, and if we don’t act, correcting them will only get harder.

Over the past two years we’ve seen campus protests result in lasting change.

The February 2018 Waterman takeover and Main Street shutdown led to the removal of former University President Guy Bailey’s name from the Howe Library for his involvement in the eugenics movement.

The renaming effort was completed by the secretive board of trustees. The board is predominantly wealthy, white professionals, who most students wouldn’t recognize if they saw them on campus.

But the board still caved to the pressure applied by NoNames for Justice, the group that organized last year’s Waterman takeover.

As we remember last year’s protests and their achievements, the administration has begun a crackdown on student activists.

According to a March 19 Cynic article, leaders of NoNames, Explain the Asterisk and the Coalition for Student and Faculty Rights received letters from the University administration threatening disciplinary action.

Explain the Asterisk fights for victims of sexual assault on college campuses, and the Coalition for Student and Faculty Rights organized in opposition to proposed budget cuts to the College of Arts and Sciences.

The administration clearly believes that these groups have enough power to make their jobs more difficult.

While the University’s president and provost are leaving, the board’s makeup will stay the same for another year, according to their website.

That gives us an opportunity to make our voices heard and understood by the board. They’ve already shown they’re willing to listen.

The board has incredible decision-making power, particularly over what money goes where and the overall organization of the University.

Organizing against a powerful group like the board will always be difficult, but this period of administrative turnover gives us a unique window of opportunity.

We as students share a common interest in a fair and equitable University that treats all members of its community with respect. That interest is being undermined by the administration.

The student body remains the main group bothered by issues like racism and sexual assault on campus, because we are the main group affected by these issues.

We have to stay organized, increase our efforts and not let the University turn the page.