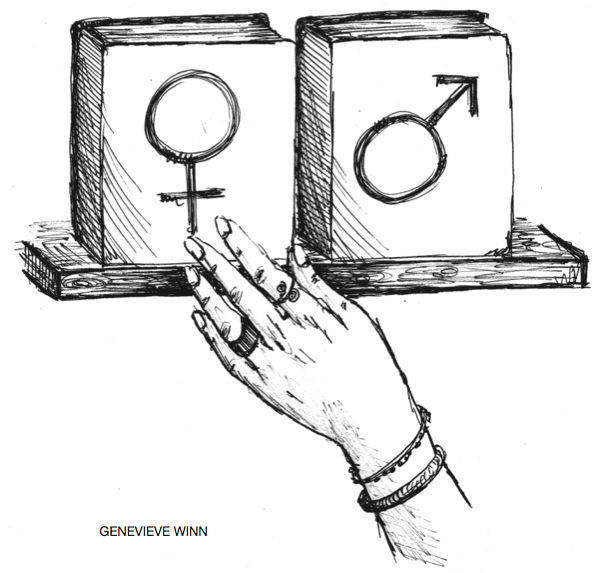 Has sexism become a legitimate reason for a course change?

Sexism in professionalism exists at UVM and is evident through some reasons that a student had for her choice of professor.

“I’ve got a male professor for a creative writing class, and I’d really like the female professor instead. You know, writing is so personal, it’s just easier to open up about emotions to a woman,” said a female student looking to change out of a class earlier this semester.

A preference for a particular person is an acceptable reason to switch classes, however, asserting that someone would be more qualified for a specific area of study because of their sex is, well, sexist.

“You never know what experience she had to cause her to make that decision,” said Julie Gunderson, the English department administrative assistant.

Gunderson helps students with such things as switching classes and spoke with the student in question.

While it may be true in some cases that people have unique situations, what this girl said only related to her preference for a woman as more emotionally appropriate for a creative writing class.

“What if it were a male student asking for a male professor?” senior Nicole Dulac said.

Would we be more willing to reprimand a male for being sexist than a female student?

The line is more blurred when it comes to knowing when a woman is sexist. Perhaps our culture is this way because we take women’s opinions less seriously.

Sexism alienates both men and women because it not only suggests that men are not proficient at being sensitive and open, it also perpetuates the myth that women must be this way in order to properly be a woman.

I happen to have had the pleasure of taking two different creative writing classes and have experienced both a male and a female as my professor.

I would like to assert that neither was more or less capable of exploring intense emotions, and I certainly felt equally emotionally validated.

There is a bias at UVM about what sex is matched with what subject, which affects our community in different areas of study.

However, when a student doesn’t feel comfortable receiving instruction from a certain professor, then that is how that student feels and he or she can be in whatever class he or she wants.

Of course, these students are missing out, but they are allowed to make their own choices.

This case proves that a university degree does not guarantee an open accepting mind.

However, we can move away from sexism by observing interactions and choices like this and deciding to be different.