Horror movies take a creative look at our deep fears 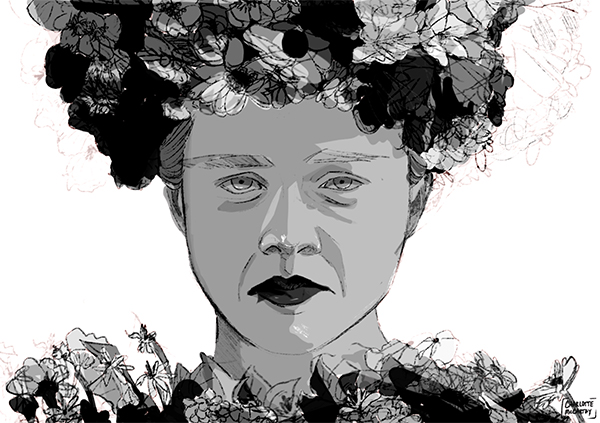 Every time I go to a movie theater it is to see a horror movie. They are the only movies that intrigue me.

As the years go by, horror movies continuously walk the fine line of tolerance, meaning they play with reality without breaking audiences’ suspension of belief.

This allows the genre to take creative leaps that make horrors more interesting than other films.

A huge contributing factor for me is the recent creative spark in horror films.

Long gone are the days of a young girl running from a murderer wearing a spooky mask.

Lately, horror films do not represent what is parodied in the “Scary Movie” series.

Rather than portraying an attractive lead who magically survives as everyone dies, horror movies are now more realistic.

The lead actors don’t always survive, which feels more realistic than movies of the past.

Horror movies also focus on topics that are in the news every day, such as religious cults, racism and mental illness.

An example would be “Midsommar,” which was released in June. This movie plays on the human psyche.

The plot revolves around a group of students who travel to Sweden to study a remote culture. It acts as a reason to discuss how societies can commit horrors if they are social norms.

By setting the movie in scenic Sweden, the setting amplifies the unease by contrasting the beautiful with the horrific at all times, something few movies can master.

With 83% on Rotten Tomatoes, it is clear that this movie was a hit with not only myself, but a broader audience.

I attribute this success to the cinematography and storytelling. It was believable, and that is what made it unnerving.

Horror movies also touch upon aspects of humanity most would rather avoid. They play with fear and anxiety in ways other genres do not.

“Get Out” brought race to the forefront. The movie is about a black man meeting his white girlfriend’s parents for the first time.

Racism makes people uncomfortable, and Jordan Peele, the movie’s director, took full advantage of that fact from the opener of a black man getting pulled over by the police.

The film highlights the racial divide and the deep fear that has existed since slavery, and it does so in a captivating and chilling manner.

The themes involved in these horrors show the extremes of human capability. They play with morality unlike any other genre.

Perhaps the most compelling part of horror movies is the aesthetics. These movies utilize every aspect to make the audience uncomfortable, from set design to lighting.

Even creations of CGI, moving digital art, play into aesthetic, with creatures fitting the desired vision of directors.

The advance in technology allows for less use of ketchup blood and more focus on realism.

This adds a layer of shock to a movie; watchers no longer suspend their beliefs when seeing a bullet wound or knife gash. It looks real.

The increasingly real topics in horror movies separate them from the rest and make them my favorite.

Instead of living in a fantasy world or focusing on only romance, I am facing reality.

The world is a scary place, so why not get spooked over it. sometimes.