“It’s ok to be white” returns 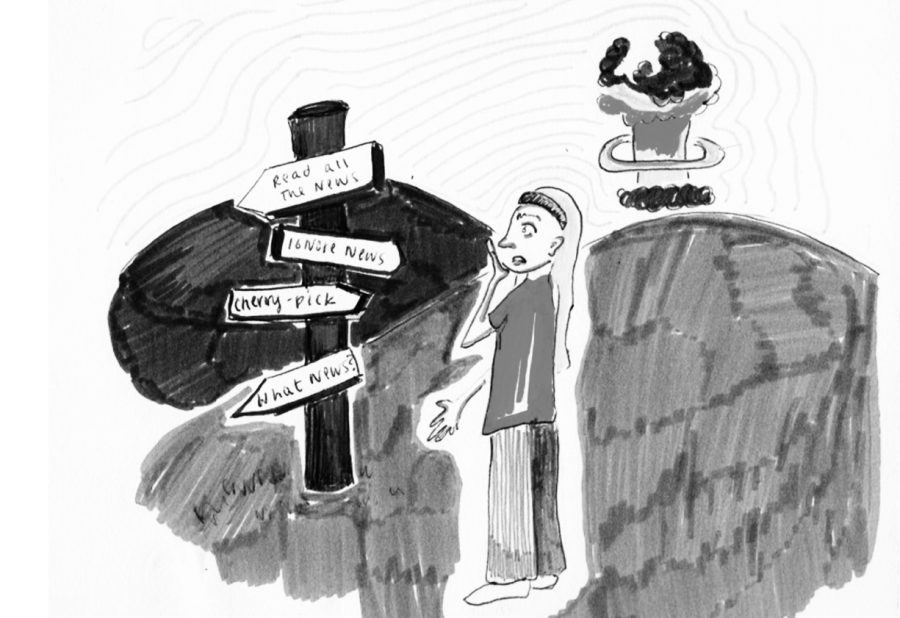 When signs saying “It’s OK to be white” went up around campus for the second time last week, many students who saw them online may have thought they were seeing last year’s news.

The intense backlash to these signs was both immediate and unsurprising to most of the student body.

One would assume that most people on campus are aware that the empowerment of people of color does not mean the disempowerment of white people.

However, the return of the signs shows us that not everyone has gotten the message, and it’s time for white people to step up and educate our own.

Though there have been efforts in recent years to diversify campus, UVM is still a very white university.

According to its website, students of color make up only 11 percent of the University’s undergraduate population.

When the majority of people do not share certain experiences, such as microaggressions, it is far less likely that they will be talked about by the general public.

There is a certain degree of oppression that white people can never truly experience.

As movements like Black Lives Matter and #KeepFamiliesTogether have grown over time, so has the opposition.

Blue Lives Matter is a movement that emphasizes the value of law enforcement, and exists to combat the “false narrative” of the Black Lives Matter movement, according to its website.

The “It’s OK to be white” signs are not showing up in the face of any legitimate white oppression.

Indeed, they come at a time when white nationalism is finally being recognized by the mainstream media for the true threat that it poses, according to a Nov. 3 New York Times Magazine article.

No one is saying white lives don’t matter when they say “black lives matter.”

They are only saying black lives are threatened, and we should pay attention.

We need to emphasize to those who haven’t gotten the message.

The only problem with being white is unfairly benefitting from white privilege and then not doing anything to level the playing field.

No one is saying that a white person’s life cannot be difficult.

However, their life will not be difficult due to their whiteness.

The Cynic accepts letters in response to anything you see printed as well as any issues of interest in the community. Please limit letters to 350 words. The Cynic reserves the right to edit letters for length and grammar. Please send letters to [email protected]