It’s time to close the laptop and open a book 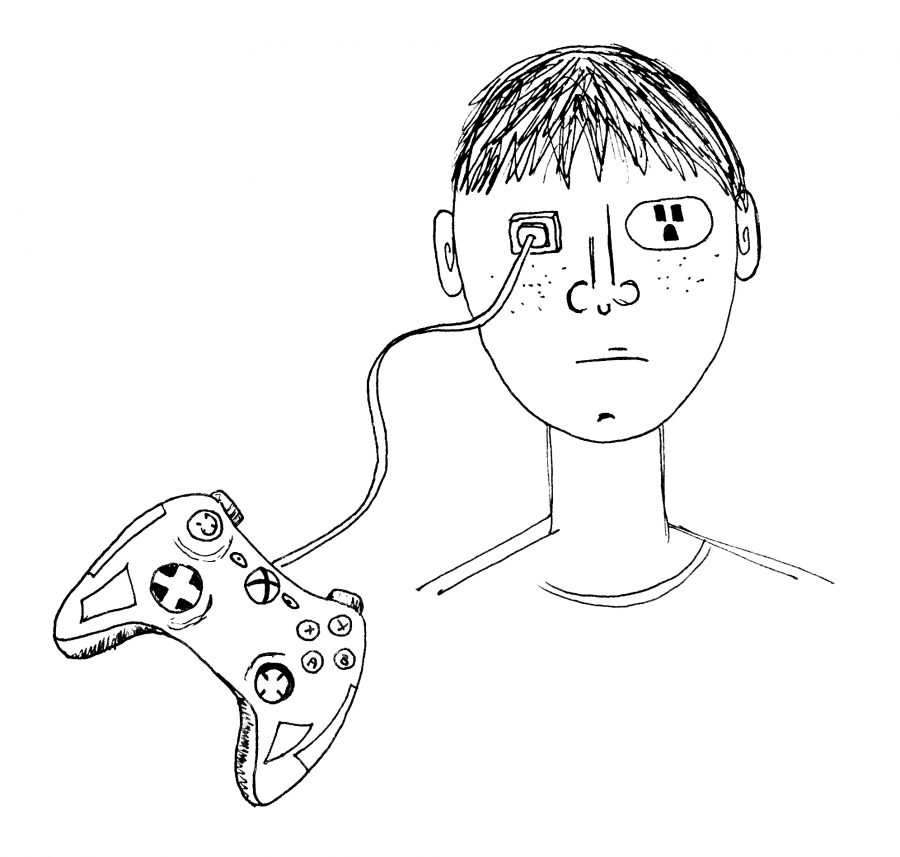 The Netflix logo is beginning to seem diabolical. Am I watching Netflix or is Netflix watching me?

It seems that these days you must make a conscious and intentional effort to turn off your screens and to pick up a book or newspaper and read it.

If you’re reading this article, you are probably one of the Cynic’s dedicated copy editors, you know me personally or you have picked up a copy out of curiosity or sheer boredom.

Admittedly, when I read the Cynic, I pretty much just glance at the front page, flip through it, check how my article turned out and then perhaps read a couple things written by people I know.

It’s a shame more people don’t read it. We really do have the best words.

I applaud the folks who write for the sports section. Their stuff is right at the back of the paper. Props to whoever did those fantasy picks back in the fall. They were pretty good.

Of course, the people who were going to read anyway– people who are interested in literature, people who love books, you know, nerds — those people still read, but I find it is a conscious effort to shut my laptop and cast aside my phone and crack open a book.

Yes, people do “read” when they scroll through their Facebook feeds, but I find that when I click on an article I tend to just read the first paragraph and then I leave the tab open, sometimes for a week or two, intending to go back and finish the article, but I never do.

I wish I read more, but at the end of the day, after classes and reading dry academic articles for class, I’m just trying to Netflix and chill.

When you walk in the front door there’s not a screen in sight. Our living room is dominated not by a big screen TV, but by two massive bookshelves .

The couches do not face a screen, but each other. Yes, we do have a TV, but it’s in our basement. We make the decision to go down there if we want to watch a movie or put on the game.

Here at college, though, it’s the opposite. The TV is always on.

My two roommates probably play about two hours of Fifa (or Fifs as they call it) a day and even more on the weekend.

Fifa, if you’re unfamiliar, is a game where two people yell at each other, hurling abuses that you would not hear elsewhere, with the occasional goal sometimes scored, resulting in the hurling of more abuse.

It’s a dumb game. I’ve tried to play and I’m truly bad at it, but I’ll sit there and watch them, giving a running commentary or trying to hold a conversation while each of them has their eyes glued to the screen.

Woe to the man who tries to walk in front of the TV while they are playing.

We eat most of our meals while watching television. We hold negotiations on the way back from Chipotle runs over what we’re going to watch when we get home. It is very rare that the judgement reached satisfies all parties.

My roommates and I must make the conscious decision to turn off the TV if we want to just hang out and talk or listen to music.

Usually, if we’re not watching something, then we’re drinking heavily, preparing to go out.

Drinking is a sort of refuge from TV, but it presents its own problems.

I’m trying to avoid making broad statements, like people aren’t good at talking anymore, but I feel like that is the case. When you see people sitting at a bar they’re all on their phones, messing around on Snapchat. One screen replaces the other. One of my roommates drinks the way he plays Fifa: he yells a lot and tends to get competitive.

What sort of a life is that, where if you’re not working, you’re watching TV or drinking heavily? Where your relationships are moderated through Snapchat and Facebook, where you break up with someone through text?

No doubt many people enjoy the work they do, but for a lot of people work is meaningless: punch in, punch out.

It is a mindless life, and the consequences of having a country full of mindless people are becoming apparent.

Call me old fashioned, but a world where everyone is wearing virtual reality goggles is not a world I want to live in.

As technology comes to dominate every part of our lives, we must make the conscious decision to create boundaries, like keeping the TV in the basement.

When my friends and I go out to eat, for example, we pile our phones in the center of the table. If anyone touches their phone during the meal, they have to pick up the check.