It’s time to rock the bush 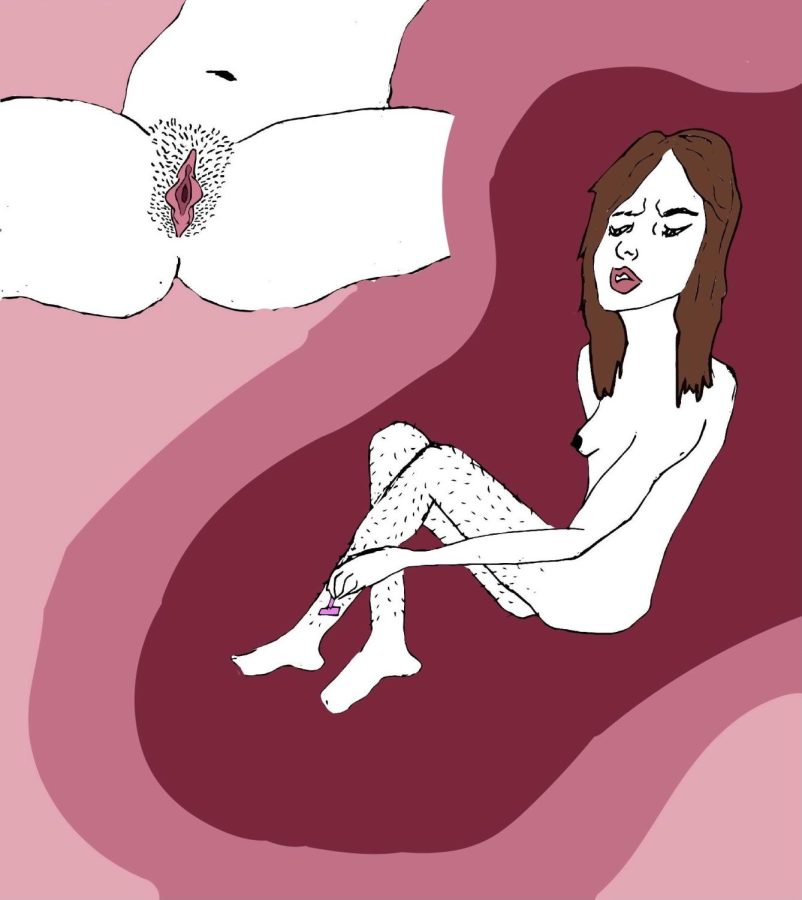 After years of shame and embarrassment I held towards my body hair, I finally discovered a sense of liberation when I put down the razor at 20 years old.

Prior to my decision to rock the bush, I reserved time before going out to shave every inch of my body — a demanding and laborious task consisting of contorting my body in all different shapes and directions to ensure complete hair removal.

I realized my shaving tied directly to an anticipation of sexual encounters, quite quickly after beginning college.

Now, sex doesn’t feel like something I have to plan in advance, and it is much less performative.

My mind feels more in sync with my body, allowing me to enjoy the moment and not expend energy attempting to manage my appearance.

The bush symbolizes my sexual autonomy and desirability as an individual more than a smooth, babylike body.

Gaining popularity in the ‘70s, the bush symbolizes the encompassment of feminine power and a personal rejection of patriarchal idealism, according to a May 14 Vogue article.

Keeping pubic hair was a way for women to reject the previous generations’ beliefs regarding bodily autonomy, according to an Aug. 1 Maudern article.

In 2021, the bush signifies the increasing awareness of our bodies as more than sexual objects.

Despite the increasing normalization of body hair, approximately 80% of women between ages 18 and 65 report removing some or all of their pubic hair, according to a Jan. 3 2019 New York Times article.

The idea that hair removal is more hygenic is a common misconception, according to a July 2016 Vox article.

This myth about pubic hair deeply permeates our culture.

When I first began shaving down there, I fell into the trap of believing presence of hair itself is inherently dirty.

However, a Journal of the American Medical Association Dermatology study didn’t find any data to prove this argument.

In fact, pubic hair serves as a natural protective barrier against bacteria, infection and debris, according to the Vox article.

Beyond the protective elements, pubic hair may also increase sexual stimulation, according to the New York Times article.

With a bush causing no negative impact on hygiene and an increase in sexual stimulation, there should not be any judgement for those who choose to keep their pubic hair.

The decision regarding pubic hair removal is an extremely personal one.

I made the decision because I wanted to free myself of societal influence about how my body should look.

I felt more autonomous over my body after making the conscious choice to ditch the razor.

For those interested in experimenting with the au naturale look, but don’t want to give up complete control down there, invest in tools such as trimmers to help manage and maintain the area.

I encourage everyone to do away with their razors, waxing and lasers and join the movement to reclaim power over their pubes.