Join the rally for workers’ rights on May 1 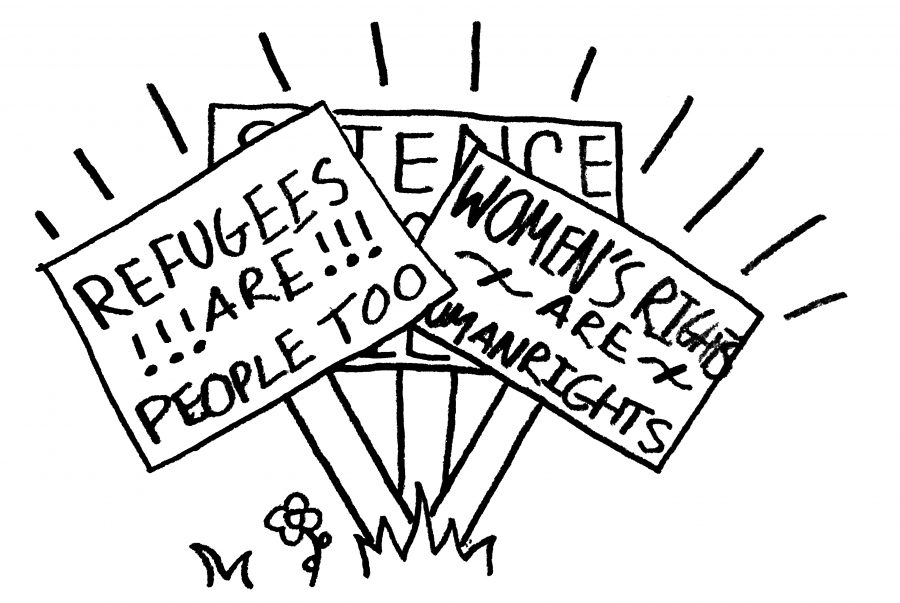 UVM students have seen protest after protest happen over social issues that seem to be separate from the Vermont community. We have been out in the streets to support women, Muslim citizens, citizens of color, scientists, environmental justice, indigenous people’s rights, immigrants’ rights and more; yet for many UVM students, these issues often seem to exist outside of our corner of the world.

Does it really make a difference to protest in Burlington, Vermont of all places? Yes.

Protests keep public officials accountable. They show that inaction is unacceptable, force judges to evaluate their decisions in the light of public focus, and build political coalitions among active members of society.

Through protest, Migrant Justice organizers Kike Balcazar and Zully Palacios have been freed from incarceration; the Muslim Ban has been overturned twice; and political opposition to president Trump has slowly been organizing within the American populace.

On May 1, it is vital that we students join the rally for workers rights not only because nationwide protests are among the best ways to encourage a culture of empowerment and common struggle, but because the issues we stand up against impact each and every student here.

As members of the working and middle classes we benefit from solidarity among workers of all nationalities, religions, racial and ethnic backgrounds, gender identities, sexualities and ages.

When we cease to isolate ourselves within such boundaries, we become an unstoppable force for positive social, political, and economic change change. As human beings, it is our responsibility to stand up for each others’ human rights and civil liberties.

Even as students, it is in our best interests to recognize that when we are standing up for immigrant farmworkers, for the United Academics union, for public school teachers, for fast food workers fighting for a liveable wage, and anyone else who is exploited in today’s socioeconomic system, we are standing up for ourselves as well. On May 1 at noon, I will be walking out of my midday class to support workers in Burlington and across the world. I believe that it is my responsibility to stand in solidarity with those who are exploited and whose human rights are denied.

I believe that all workers deserve a livable wage and safe working conditions, regardless of whether they are American citizens.
I believe that we need as strong a faculty union at UVM as possible because the quality of my education is at stake when valued professors like John Summa can be fired at the drop of a hat if what they teach does not jive with hegemonic narratives of capitalist efficiency.

I believe that public education fails when teachers are not provided with the resources they need to open students’ minds and encourage creative thinking.

I implore all UVM students to join me May 1 and April 25 at a teach-in titled Resistance Has No Borders: Student Solidarity for May Day. We all have a vested interest in defending workers rights. Come learn why that is, then march with workers on May Day.