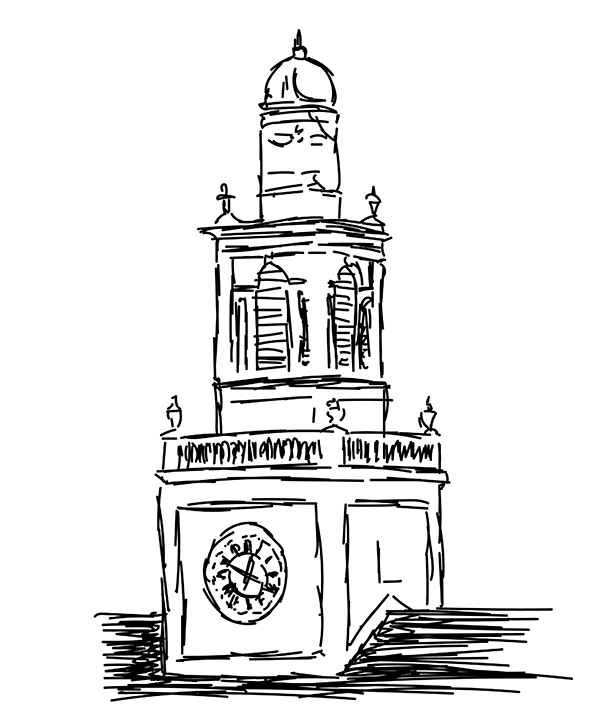 If you’re a progressive-minded individual, it can be hard at times to live peacefully in the Democratic Party.

Yes, the party is home to beacons of change and justice like U.S. Representatives Alexandria Ocasio-Cortez, Ilhan Omar and Pramila Jayapal.

But it can be hard to face the massive influence of the corporate and centrist wing of the party, exemplified by former Vice President Joe Biden, which fights the progressive wing of their party almost as frequently as the Republicans do.

The rise of the Vermont Progressive Party has been a welcome addition to the political landscape for those who want progressive change without having to compromise with corporate interests.

The party has grown from its roots supporting the mayoral candidacy of Bernie Sanders in 1981, who remains affiliated with the party, to having the highest number of seats among state and national offices for any organized third party in the country, according to the Vermont General Assembly’s website.

The Progressive Party has a strong voting base, currently holding the most elected offices in the party’s history, according to 2019 data from Ballotpedia.

Five of 12 seats on the Burlington city council are held by Progressives, after the election of Jack Hanson ‘16 and Perri Freeman this March.

Hanson, a UVM graduate, represents East District, which encompasses all of UVM and most off-campus student housing.

He won his upset campaign by relying on student volunteers and running on climate and social justice.

Hanson upset incumbent Democrat Richard Deane, who criticized Hanson for his youth, inexperience and unrealistic progressive platform, according to a Feb. 27 VTDigger article.

East District residents saw a representative who would fight for their interests: securing affordable housing in Burlington and fighting the climate crisis on a local level, and sent him to the City Council with over 60% of the vote.

But half of Hanson’s district, Ward 8, containing Redstone and Athletic campuses and housing between Main Street and Pearl Street, is lacking in progressive representation.

City Council is broken up into eight wards and four districts, with each district being composed of two wards.

Ward 8’s seat is currently held by an Independent who sides with the Democrats and is a frequent ally of business interests in Burlington.

Housing prices continue to rise, with Burlington becoming the most unaffordable locality in Vermont, according to a June 23 VTDigger article.

The average Vermonter can spend $700 a month on rent, but the average rental price for a one-bedroom apartment is $945, according to the same report.

But our current representation is not taking the levels of action needed to confront the crisis, like passing rent control or expanding public housing.

The policies listed by the Ward 8 incumbent to combat the housing crisis encourage responsible development of vacant homes and supporting job creation to boost the city’s income level, according to a February 2018 Burlington Free Press article.

Burlington should be a leader in environmental sustainability and economic justice.

The current Democratic administration has shown, by allowing these problems to go unaddressed, that they aren’t willing to be that leadership.

The current administration has catered to developers and business interests to the detriment of working people in Burlington.

Ward 8 deserves a representative like Hanson who understands the reality of the people he serves.

We deserve a representative who will fight for affordable housing and rent control and not take money from the big developers in the city.

We deserve a representative who understands the scope of the climate crisis and fights for radical environmental change on a local level.

Ward 8 deserves a Progressive champion to secure our economic and environmental future.

Go to the Progressive Party Caucus Dec. 4 to get involved in the movement for local change, and volunteer for the next round of City Council elections March 3, 2020.