The Vermont Cynic • May 5, 2021 • https://vtcynic.com/opinion/letter-to-the-editor-what-are-you-doing-to-help-us-uvm/

Letter to the Editor: What are you doing to help us, UVM? 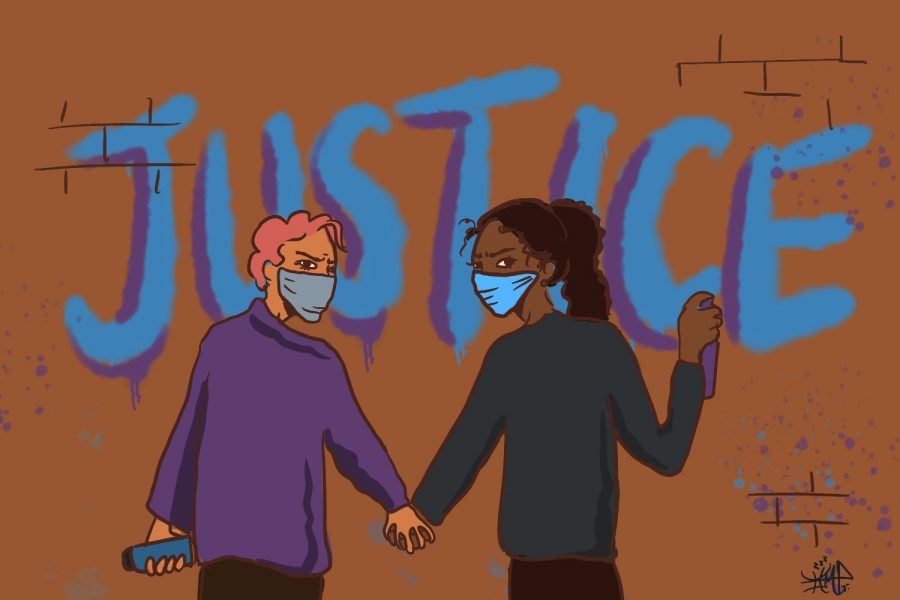 I have been waiting to write this for too long.

Yesterday, I couldn’t even make it to my bed before the tears came. So, I just laid on the floor instead, too angry and full of sadness to get up.

I had skipped class and cried for about 40 minutes. It was the type of crying with large, unstoppable tears and heavy breathing and tight fists followed by exhaustion. Some days it just hits you really, really hard.

I was crying for more reasons than I could count. I was crying for myself- my own grief, loss and anger- but I was also crying for every single other womxn and even man on UVM’s campus who is a survivor of sexual assault.

And what has UVM done for us? From what I can see, nothing.

I was a student at UVM from 2016 to 2018. I was, like so many other college first-year, ready to start fresh. I was so excited for what was to come. I wanted to make new friends, learn new things, and love new people.

I wanted to read books in the library late at night and go to the dining hall with my friends and complain about the food. I wanted to write for the University newspaper and learn to ski.

I wanted to do the little things.

And for my first year, I did. But then sophomore year hit, and it was hell.

I began drinking more and doing drugs to help with my insecurity, depression and pure sadness from other areas of my life. My friends could see me getting worse so I threw myself into overdrive so as not to have time to feel emotional.

I was involved in so much but I still asked myself “What was I doing wrong to still feel so badly?”

That night I went to a party with some friends. I got drunk and did some drugs outside too. But, I was having fun —dancing, hugging friends, playing pong. You know, normal stuff that goes on at parties.

Then my friends and I decided to hit up another party in the basement of a frat.

I met this guy and went home with him. I wanted to go home with him. Like so many college kids, men and womxn, going home with someone after a party was not abnormal. I was doing what so many other womxn were doing that night — just hooking up.

TW: When we got to his house we did hook up. I was fine with it. Then it went too far. I did not want to anymore but I guess it didn’t matter to him. I spent the next few hours in his room being raped and terrified.

Afterward, I told no one. I was afraid and convinced myself that what had happened was normal. But, I couldn’t eat, I couldn’t sleep. I would have to leave class at random times because I was sobbing and I didn’t know why.

I later found out that at least 5 or 6 friends submitted CARE forms for me through the school, including my R.A. and UVM never once approached me.

I left UVM my junior year.

After a year, a lot of therapy and a lot of pain, I decided that it was time to report my rape. I called BPD first, since it happened off-campus.

A police officer wrote down my story. He told me that he would be sending everything to the Chittenden County Unit for Special Investigations, and I quote “If CUSI does not pick up your case, I will.”

I didn’t hear from that officer for days.

I called and left multiple messages. When he finally called me back he told me that CUSI was not accepting my case for lack of evidence and that he would not personally be picking it up and that there was nothing he could do.

So, I went to the school. I called the Women’s Center and got an advocate and over a period of months they conducted an investigation.

Since I was out of state at the time, everything was over the phone.

I was interviewed many times and I was asked questions like “Well how drunk were you exactly?” “Are you sure that is the right time table?” “But you never went to the hospital so you do not have any evidence?” “You were depressed and drinking too much at the time, right?”

The final report was 40 pages long, complete with photos and videos of me drunk at the party.

In a nutshell the report stated that there was no preponderance of evidence to support my case.

It said that I was not truly “incapacitated” to the point where I could not make decisions for myself. And that my statements were inconsistent. My credibility was diminished because I said that I remembered the nights in bits and pieces because I was drunk.

But, the guy who raped me? He was also drunk. But let the report show that this did not “enhance or diminish” his credibility like it diminished mine.

Let the record also state that the man who raped me and his friends laughed about me before he took me home because I was “taller” than him. That makes me sick. Laughing about someone before you go and assault them.

He denied everything and said that the whole sexual encounter was consensual.

I even called the Burlington Free Press. I spoke to someone. I sent them my whole case file. They denied to take my story.

And I am not the only one. So many women are coming forward with their stories of sexual assault at UVM and they are getting apology letters via email. That is it. How degrading and enraging is that?

I am absolutely tired of seeing this University’s reputation remain unscathed after letting so many survivors on it’s campus wander without justice.

So what exactly can you do UVM?

Get rapists off campus. How are we supposed to feel safe if we walk amongst our perpetrators every single day?

Listen to survivors and figure out ways to support them as a campus community.

Where is the access to mental health services? You have a huge campus and not enough therapists.

Get more people in the Title IX office. You have enough money UVM, you just cut multiple Liberal Arts majors.

Where is a protocol that actually helps survivors feel heard?

Who are you helping? Because right now, I see no one on your side.

And never, ever again underestimate the power of pissed off, empowered, hurt, resilient womxn (and men).