The Vermont Cynic • May 6, 2020 • https://vtcynic.com/opinion/letter-to-the-editor/lte-explaining-uvm-finance-from-executive-director-of-news-and-public-affairs/ 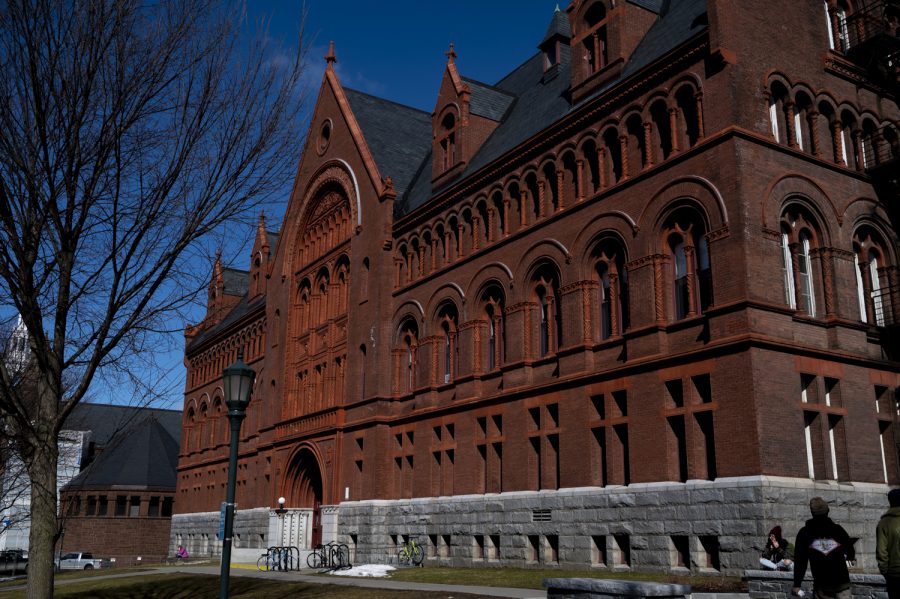 Williams Hall stands on College Row, March 5. The building has stood on UVM's campus since 1896.

Letter to the Editor:

An opinion piece you published recently, “Why UVM needs a student union,” contains numerous errors and shows a fundamental lack of understanding about how the university operates.

The piece, for example, alludes to “profits” the university generates. The university is structured as a not-for-profit institution. It does not generate any profits. In any given year, the university’s net assets may go up in value, mostly as a result of upward movement in the value of the endowment, which supports core academic endeavors.

The author claims that the university spends only a small portion of the budget on educating students. This does not take into account expenditures in direct support of students, such as the cost of classrooms, instructional technologies, libraries, student financial services, health services, student life and recreational activities, etc.

Claims about large numbers of administrators and their salaries are also prevalent in the piece. Based on recent data, the salaries of UVM full-time administrators accounted for 12.8% of staff salaries. Only 8 institutions in UVM’s peer group (91 in total) had a smaller percentage of their salaries devoted to administrative salaries. In terms of the size of management/executive functions, national data shows that the size of UVM’s management and executive team is well below the national norm. National public research II universities average 9.9 management/executive staff per 1,000 students, while UVM is at 5.6.

The piece also provides a distorted picture of the situation in the College of Arts and Sciences, blaming the university for declining enrollments and lack of financial support to the college. Mirroring national trends, declining enrollments in the arts and humanities have pushed the College of Arts and Sciences student credit hours and majors down by more than 15% in recent years, but its faculty decreased by only 3%. The college has made relatively minor adjustments in its teaching capacity to account for the discrepancy and resulting budget shortfall. The University’s support for CAS has remained strong in the past few years: $50 million from the comprehensive campaign; $72 million for facilities and faculty support; a $7 million gift from Michele and Martin Cohen for UVM’s first integrated Center for the Creative arts; Royal Tyler Theater renovation; Humanities Center support; Central funding for promotion of arts and humanities on campus; and $2 million per year of strategic funds invested for general college support.

Lastly, the piece calls the On-Campus Multipurpose Center a marketing ploy that is negatively impacting tuition, and creates the impression that students had no choice in the matter. Students indeed played a significant role in the decision-making process about this project, and were enthusiastically supportive. Students understood and supported the notion that an increase in student fees (not tuition) would help finance it. It’s important to point out that the facility is designed to address the needs of all students, and aligns with research demonstrating the connection between physical activity, mental health and academic achievement.