“Me too” demands change 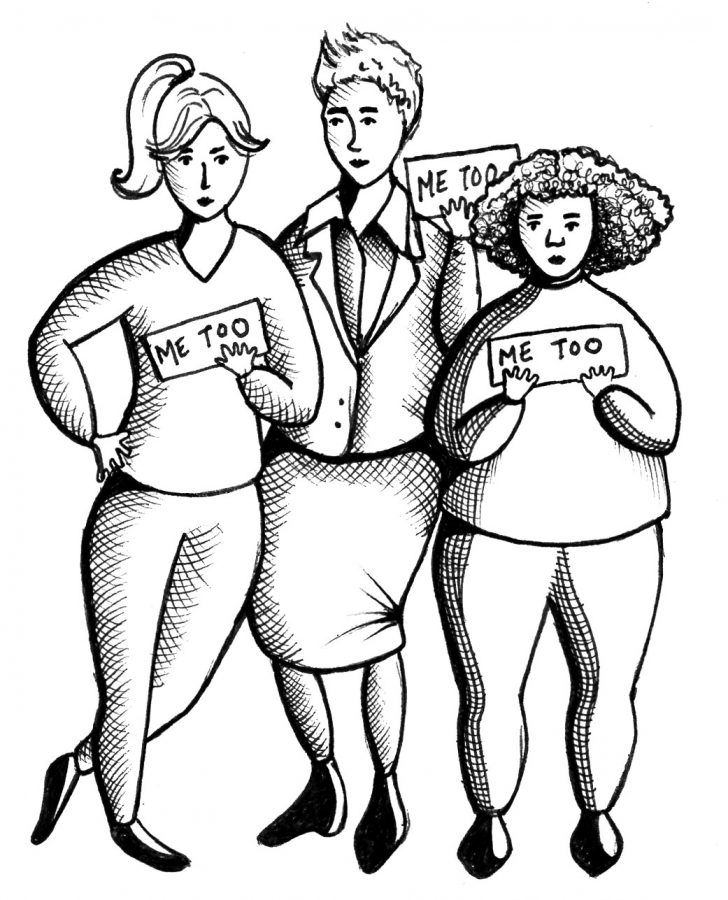 So many “Me toos” on social media this past week have made us think long and hard. Too many people have been affected by sexual violence; the number of posts is unfathomable.

And as post after post of “Me too” appears on social media, survivors of sexual assault are reminded regularly of their own trauma.

For some, it has seemed to be a step in the right direction toward raising awareness of sexual assault. The toxicity of an environment filled with misguided conformity and the fear of speaking out has forced too many victims into silence.

This movement brings to the forefront, once again, how widespread and widely accepted assault is.

We spoke out when Bill Cosby was charged with the assault and rape of dozens of women. We spoke out when a recording of our president alluding to the assault of women was released. And, when Harvey Weinstein was accused of sexual assault, we spoke yet again out of painful routine. Sexual assault and harassment have become normalized. How many times do we have to re-open the conversation until we can make change?

We stand with people who are trying to bring awareness to the cause, heartened by those who feel brave enough to share their experiences.

While it’s frustrating that this conversation is being opened and re-opened ad nauseam, at least the conversation is happening publicly: on campus, in online communities, in families and amongst friends.

This conversation was one that used to be kept quiet. Survivors dealt with shame, anger and guilt on their own––or not at all.

How do we move forward? Social media campaigns against social inequities are often intense and short-lived.

If we don’t take action after thousands of “me too” posts, the movement becomes nothing more than surface-level or superficial social justice.

We must continue the conversation about assault, check each other’s language and behavior and safely intervene.

While social media is a powerful tool toward change, it is only a means to an end. When it comes to an issue as serious as sexual assault, it takes active effort from whole communities to truly make a difference. See something, say something, and then do something.