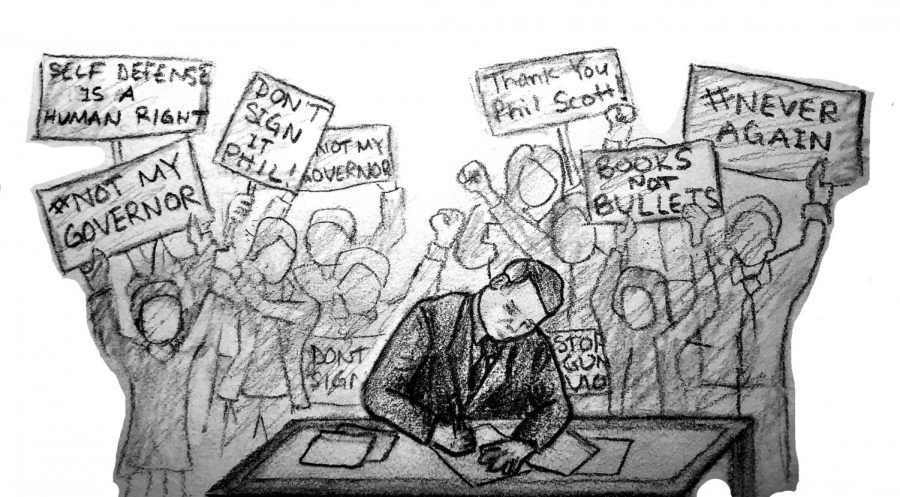 Going back on a campaign promise made to his supporters, Gov. Phil Scott has signed an egregious piece of gun control legislation, S.55, into law.

Contained in this law are mandatory background checks for private gun sales and a ban on the sale of magazines that hold more than 10 rounds for rifles and 15 rounds for handguns.

The legislation also limits rifle and shotgun sales to people 21 and older, and bans bump stocks, which are devices that increase the rate of fire of semi-automatic rifles.

These provisions are unnecessary, unenforceable and unconstitutional.

This legislation is unwarranted due to Vermont’s extremely low crime rate. According to the FBI, there were six murders in Vermont committed with firearms in 2016.

On the national level, the gun homicide rate has fallen to just 3.6 murders per 100,000 Americans, nearly half of what it was in 1993, according to an October 2015 Pew Research Center study.

Gun control is clearly unnecessary. This legislation is nothing but a feel-good measure to give people the impression that something is being done.

Now I will address the two most burdensome provisions: the private sale background checks and the magazine capacity limit.

None of them acquired their weapons through legal private sales.

Forcing people to appear at a gun shop and pay a fee to sell guns is an unfair burden on Vermonters, especially those who live in rural areas far from gun stores and those who cannot afford the fee, which can add as much as $35 or more to the price of a gun.

Second, limiting magazine capacity is useless, as any experienced shooter can change a magazine in mere seconds.

Limiting how many rounds law-abiding citizens are allowed to have to defend themselves is a draconian measure that infringes on the right to self-defense, which is core to the Second Amendment and Article 16 of the Vermont Constitution.

Also, this provision is unenforceable, as there is no way for police to know whether a magazine was acquired before or after the law was enacted. S.55 is an affront to Vermont’s gun-friendly traditions and to the rights of Vermonters.

It seems that Phil Scott and the legislators who voted for it have forgotten what the phrase “shall not be infringed” means.

Now it’s up to the courts to remind them by striking down this unconstitutional law.