Why women settle professionally and romantically? 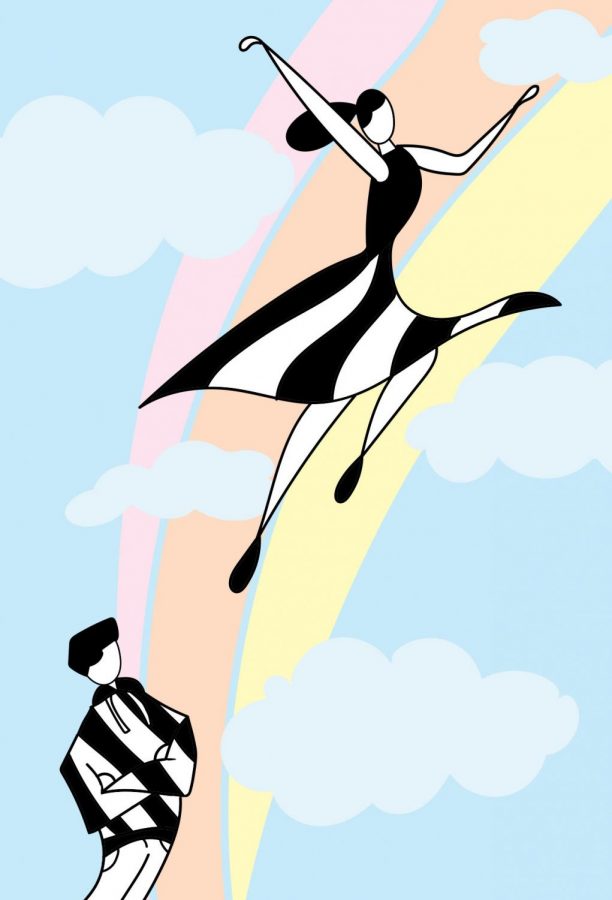 In my sophomore year of high school, my prom date, realizing I was not going to help him achieve his very important goal of losing his virginity before graduation, decided we were “better off as friends” two days after prom.

Heartbroken and furious, my lizard lady brain decided that the best thing to do was to go out with his best friend- someone who I didn’t really have anything in common with, and who was most certainly punching out of his weight category.

In my sophomore of college, I considered running to be the editor of the opinion section of this very paper. Then I thought about the other people who might be running- sizing them up against what I felt I lacked in experience and talent- and decided against it.

Sixty percent of women won’t apply for jobs they don’t feel they are qualified for, according to Psychology Today, and my therapist, Sarah, who reminds me of that fun fact nearly every session.

A study done by Florida State University showed women reporting that they were happier in relationships with men who were less attractive than them. Eighty percent of women stay in toxic friendships.

But my question is why? Why do women limit themselves professionally, based solely on how they believe they compare to the other candidates? Why do women stay with men who are physically, and emotionally, less than?

Feeling like my experiences wouldn’t be enough, I sent a survey to my friends, family and peers to hear their thoughts on why people, but more specifically women, settle. Fifty five of them responded. Here’s what they had to say.

M: Settling romantically is when someone is treating you like shit but you get used to it and try to let it not affect you. You can settle professionally by growing comfortable in your job and staying even when other better opportunities arise. In all three scenarios, I’d say it’s about growing comfortable/complaisant/changing can be uncomfortable.

MA: Settling looks monotonous. You go through life unhappily, knowing you deserve better but not going for the better options.

IS: I think that using the word “but” when discussing something is a big red flag for settling. For example, if you are in a relationship and your partner wants something that doesn’t really match up with what you want you will try to justify it… I would say to myself “Okay, yeah they aren’t nice to me BUT they are some of my closest friends so they don’t mean any harm.”

Have you ever stayed in an unhealthy relationship or friendship?:

Q: Yes. Basically, my friends at the time would gaslight me, never contribute to our friendships, tell me I was the problem when I was the only one trying. However, I couldn’t leave because then I would be alone and that is terrifying.

V: I knew almost immediately in my marriage that it was unfulfilling and yet I stayed married for 15 years. At first I felt obligated to my dad who spent a lot of money on the wedding and to my many friends and relatives who expressed concern about how young I was when I got married. I felt I owed it to everyone to stick it out and prove I did not act hastily. I was too embarrassed to admit I was wrong and they were right.

Have you ever felt unqualified for the job you are applying for?:

SA: Yes! I am a woman in STEM and although I make good grades and grasp the concepts I am taught in class, I never seem to shake the feeling that I am an imposter and not qualified for any actual research position.

MR: Yes. I would look into post-graduate programs and think, “What if I’m not good enough because of where I come from?” These thoughts would fill my mind and make me “not do it.”  I tend to compare myself to others and assume I’d be less than them.

Why do you think women settle romantically? :

SA: The dating pool is horrible, plain and simple. We are told from young ages….that we should be married by an early age. This means that a lot of women are settling for people who do not adhere to their image of an ideal person, just so they can get married and start the next planned life stage. I also feel like some women may not even realize they’re settling when a new partner treats them with the bare necessities because they were used to less than that….When the normal is less than the bare minimum, settling for the bare necessities is really common.

SR: Women are taught to be more emotional and nurturing, while men like to have things done for them. If on an off chance, a man does something by himself, he’s suddenly praise worthy, and that’s wrong and frustrating. I ain’t gonna praise a man for doing his LAUNDRY. It’s a very 1950’s way of thinking and people assume it’s gone now because it’s 2021, but those roles of wife and husband are still very much around.

AD: A big part of womanhood in our society is men: loving men, appealing to men, even being assaulted by men….Any male attention can feel like good attention. Also, the bar for men is set frustratingly low… It feels like you have to cling to the first half-decent man you find because you may never find a better one.

Why do you think women settle professionally?:

AN: We haven’t been given the same confidence as men, we feel the need to prove our position constantly because it hasn’t been given to us. We have to continue earning our current status.

EL: I think it gets harder to go up the professional ladder when you’re a woman, especially if you start having kids, you have to take breaks from your career to focus on being a mother….The worry of not having enough time for your loved ones because your job will have too much responsibility, etc. The further up you get, it’s more of a boys club too and that’s a difficult environment to be in when you’re the odd one out.

Do you think men settle?:

JS: I think they can but it’s easier for them not to because they understand that their goals are attainable and there aren’t any systemic barriers in the way.

AD: Since the systems we exist in were made so that men could exploit them – particularly straight, cis, white, abled men – when a man settles within that system it’s often a strategic choice to avoid challenge….Women, POC, disabled people, queer people, and anyone else who doesn’t fall under the privileged umbrella have to constantly prove that they’re worthy to be in the jobs they’re in, whereas men are assumed to be competent based solely off of their being men.

When I was still addicted to TikTok, there was an audio floating around from a 1996 Cher interview that inspired a lot of feminist pillow embroideries and wall art. In it, Jane Pauly asks Cher if her comparison of men to dessert (they’re nice to have but you don’t really need them to live) came from a place of malice.

Cher responds, smiling, that that was not at all what she meant. “My mom said to me, ‘Yunno, sweetheart, one day you should settle down and marry a rich man.’ And I said, ‘Mom, I am a rich man.’”

That attitude is what I’ve always tried to emulate in my day to day. I don’t need a man to satisfy my life, I can and will make my own way in the world. But not all women feel that way. When I was in high school, my best friend announced to me that she would be okay being a stay-at-home mom instead of working her own job. The idea was astounding to me.

It’s important to remember that settling looks different to different people, but the definition remains the same. To settle is to remain unsatisfied, staying in a situation even though you are unfulfilled or unhappy. If you are fulfilled as a stay-at-home mom, have pride in that. If you are happy as a CEO, all the power to you.

But if you are in either position, and every situation in between, and feeling as though your life has grown stagnant, here is some advice to help you find the strength to pull yourself out of the swamp.

Some advice from our respondees to ensure that you become a Cher:

N: Realize your worth….and set your own terms for what you deserve. Having high standards doesn’t make you bitchy or unapproachable. It elevates you to what you set to be your worth and that should only be defined by you and nobody else.

MA: Be clear about what you want…and don’t waver. When people take issue with it, know that those individuals had no place in your life anyway…Letting less than pleasurable things sit unchanged is how we’re lulled into complacency, which brings settling.

V: Recognize their self worth. And I try to make sure I am talking to my daughter about not settling. I don’t recall getting a lot of messaging when I was younger about feeling empowered to reach higher…Somehow, I formed the belief that that meant not rocking the boat or expecting too much of myself or others. Settling seemed to be a less selfish way of behaving.

S: Have high standards and don’t lower them for any man regardless of how he looks. Hot men do the dishes.