On Montreal and tragic poutine encounters 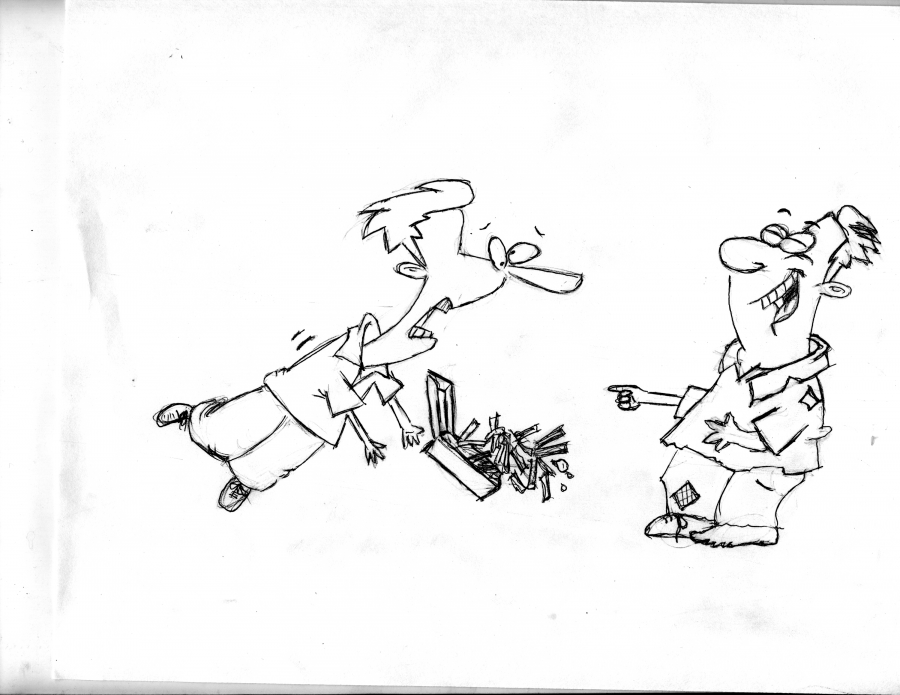 One of the perks of attending the University of Vermont is its proximity to Canada, a terrifying place where speeds are measured in thousands of meters per hour and milk comes in plastic bags.

The main reason anyone braves these dreadful conditions is the legal drinking age, allowing almost anyone who’s college-aged to finally experience the bars and general nightlife they’ve pined after for so long.

It’s also important to note Canada has looser regulations on the booze they distribute, allowing Molson Canadian to produce something so dangerously amazing that it’s banned in America: a 10.1 percent 40-ounce beer.

A cursory calculation shows that one of these behemoths contains around seven standard drinks, an utterly insane amount of alcohol to ingest in a short sitting. This, of course, is exactly why we bought them.

My friends and I were going to Montreal for a night to show our UMass buddies a good time. We’d been there once before, and it went okay, I guess. Our hostel supplied us with sheets covered in dirt and hair.

When I asked the front desk for replacements, I was grumpily handed some new sheets, also covered in dirt and hair.

We all had high hopes for our excursion and channeled this excitement into frantic drinking, starting with the aforementioned 40-ounce beverages. We stumbled from bar to bar, experiencing only the finest of what Canada had to offer — our hostel clerk made sure of that.

As we were leaving, the man at the front desk suggested a sizable list of places that “people like us” might enjoy: noisy dive-bars where waitresses wore slightly too little and nightclubs with names like “Complexe Sky” and “CODE.” 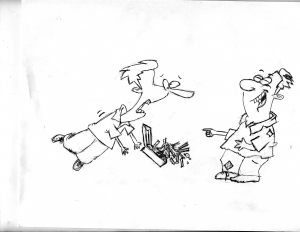 [/media-credit]I would have been offended by both his word choice and judgment of our group’s character, but that was exactly what we were looking for.

After we made it through about half of the concierge’s recommendations, our collective mental state began to deteriorate considerably, and our singular goal turned to food.

Now, America is renowned for its gluttony and diet-shattering meals. Our stranglehold on deep-fried, lard-injected, Paula Deen cuisine is legendary.

So when I heard Canada was famous for a French fry variation, nationalism took over, and I realized that I had to compare notes on this greasy delicacy.

Poutine — pronounced “poo-teen” (or “put-zin” if you’re a nonsensical French-Canadian) — is a dish consisting of fries covered in gravy and topped with cheese curds, which are lumps of mild cheese that squeak against your teeth with every bite.

It became my mission to seek out these cheesy treats and down them with an ecstatic, drunken fervor. Luckily, the dish is so popular it only took about five minutes to find a late-night diner that served it. I ordered my food to go and left shortly after, hands clasped tightly around warm Styrofoam.

As I plodded back to the hostel, I cracked open my meal and began to scarf it down with an intensity usually reserved for recently-released prisoners of war or hot dog-eating champion Takeru Kobayashi.

All of my being was focused on putting the entirety of the container’s contents into my mouth as quickly as possible. This, it seems, was a mistake. Because we had such a large group, we spread out over the whole sidewalk, forcing the person on the end to avoid errant street signs and curbs.

I handled myself pretty well throughout the night, so I felt cocky enough to be the one to duck under various advertisements. Silly me.

I began to crouch as I moved forward to avoid smashing my face into a sign, but I was too focused on my food to see that there was a bar around shin height that was also connected to the sign. I hit the beam full- force with my right leg, immediately sprawling my body to the ground.

The force of the impact jarred me enough to cause me to lose control of my hands and the poutine shot out of my grip, spilling all over the sidewalk.

“NOOOOO! MY POUTINE!” I bellowed instinctively. I brought myself to a knee, as I faced a sight that will never leave me — three homeless men a foot away, laughing hysterically.

The ringleader of the bunch promptly stuck his pointer finger an inch from my face and cackled, “Forget about your poutine! You just ate it!”

Now I don’t know if you’ve ever been laughed at by a drifter before, but what happens is that absolutely everyone within earshot immediately turns and stares. Groups of passersby began to murmur at the spectacle of five young adults and three hobos pointing and howling at a tiny, crying man.

For the sake of the story, I wish I had sobbed due to the loss of my food, but it was actually because the pain was excruciating. I had to limp home with a massively bruised and bloodied shin.

I still think about it from time to time, mostly wondering how universal the colloquialism “ate it” is in terms of falling or if the bum was simply making a quip that I didn’t quite grasp.

Regardless, I learned two very valuable lessons that night: always watch where you’re going, and fries taste just as good when eaten off city sidewalks.