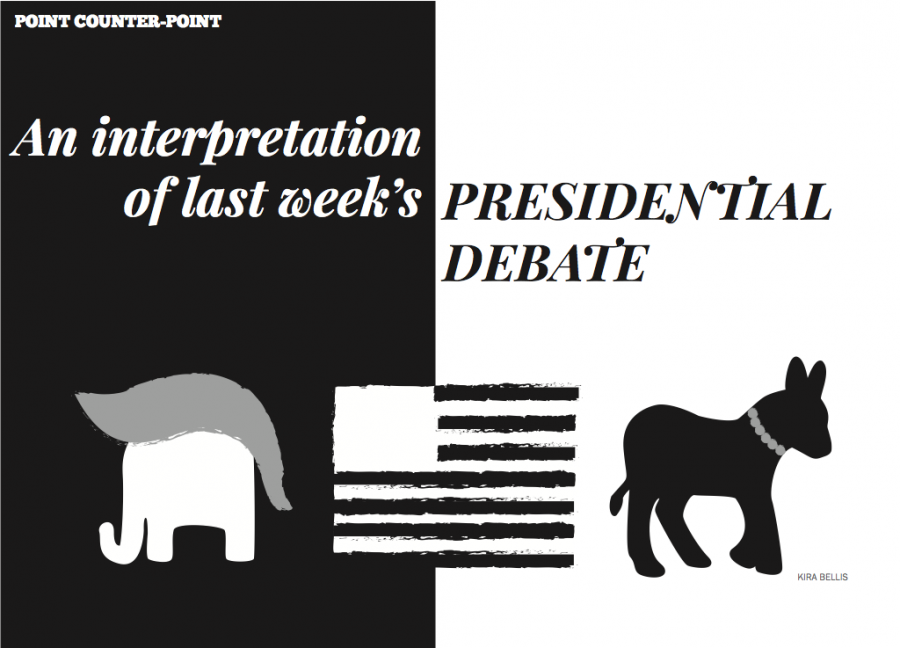 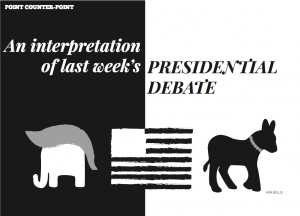 No, but let’s be serious here.

Watching Hillary Clinton be cool, calm and recognizably knowledgeable during the first Presidential debate was a huge source of relief for me personally.

My own prediction for the election before the debate was that Trump was going to eviscerate Clinton in November, and though I’m not a huge fan of Clinton, I have come to accept the fact that she is the only thing standing between us and our fascist uptaking.

That being said, the first debate leaves the biggest impression, and Hillary Clinton accomplished her goal with ease.

I think the easiest and most effective way to beat Donald Trump is to show his supporters what an arrogant and flippant child he is.

The fact is that he is extremely skilled at creating a crafted version of himself for the masses to be deceived by, but Hillary Clinton knew exactly how to strip that away.

Getting under his skin and making him impulsively blurt out surprisingly revealing statements only took a half hour, and it was a beautiful thing to watch.

For example, she got him to reveal that he has a habit of not paying income tax by making him brag about it.

“That makes me smart, by the way,” he said. She also got him to admit that he didn’t pay his architect, when she accused him of it he said

“Maybe he didn’t do a good job.” Then, of course, the fact that he made fun of a former Miss Universe contestant for being overweight and Latina was a negative point for him, made even worse when he tried to explain to Fox and Friends why it totally wasn’t misogynistic or racist.

Making Donald Trump justify, and therefore admit, to the terrible things he did in the past (particularly things we hadn’t heard of before) was a brilliant way to make him put the nails in his own coffin.

Of course, the battle isn’t over yet. Many presidential candidates have come back in the second debate, including President Obama in the 2012 race, and President Reagan in his first race, who used an infamous zinger that is attributed to Roger Ailes, creator of Fox News and an unofficial advisor for Trump’s campaign.

In other words, we’re not out of the woods yet, but as for now it’s looking pretty good.