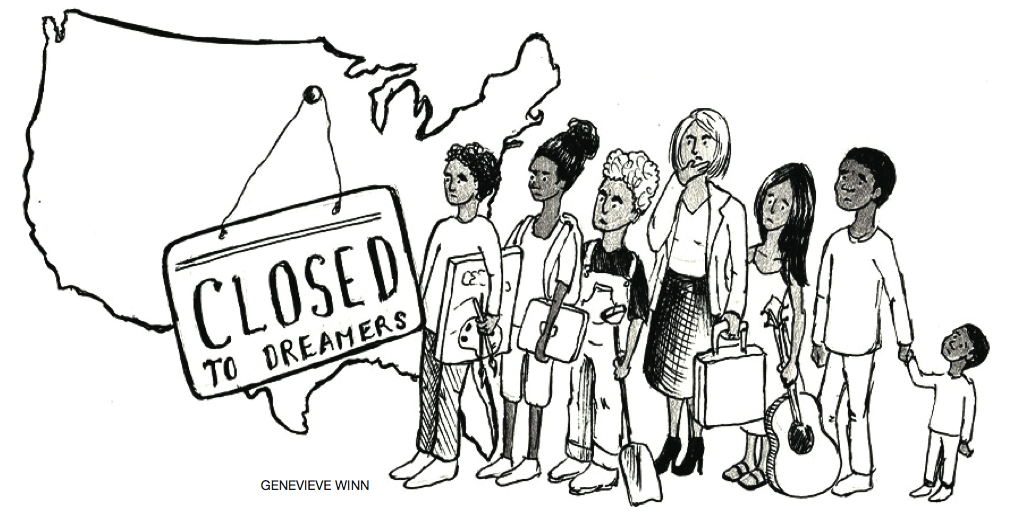 I also will not deny that many illegal immigrants contribute to the economy, and removing all of them would cause more harm than good.

Rather, my argument against DACA will focus on the fact that implementing it was a flagrant violation of the Constitution and the separation of powers it prescribes.

According to Article 1 Section 1 of the Constitution: “All legislative Powers herein granted shall be vested in a Congress of the United States…”

The Constitution does not grant legislative power to the executive, apart from him either signing or vetoing a bill. He does not have the power to change the laws as passed by Congress.

Who better to ask than the former president himself?

During a March 28, 2011 interview with Univision, former President Barack Obama said: “America is a nation of laws… With respect to the notion that I can just suspend deportations through executive order, that’s just not the case, because there are laws on the books that Congress has passed.”

Then in 2012, in response to Congress rejecting the DREAM Act, the Obama administration usurped Congress’ authority by unilaterally changing the law to defer deportations and allow illegal immigrants brought here as children to obtain work permits.

That is a blatant violation of the separation of powers.

“Congress passes the law. The executive branch’s job is to enforce and implement those laws,” Obama said. “I swore an oath to uphold the laws on the books… I know some people want me to bypass Congress and change the laws on my own… That’s not how our democracy functions. That’s not how our Constitution is written.”

The the legislative branch is separate from the executive to ensure that a single person is not unilaterally creating policy.

That job belongs solely to our congressional representatives.

No matter how good or popular DACA may be, the ends do not justify the means. A president that bypasses Congress to enact his agenda, especially an agenda item that Congress rejected, sets a dangerous precedent.

I hope Congress resolves this issue soon. But even if it fails to do so, it is not up to the executive branch to change the law.