Point Counterpoint: The Debate on DACA; Point: We have a moral duty to defend the Dreamers 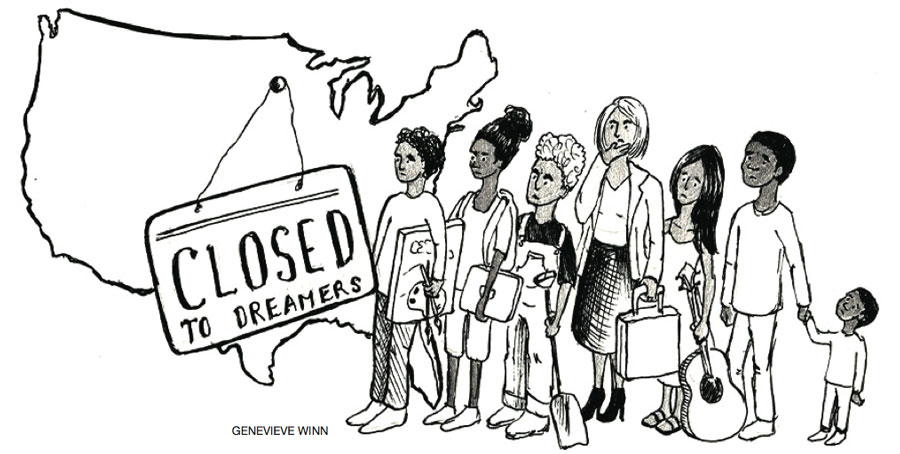 Immigrants have been and continue to be the backbone of the nation. Still, Donald Trump announced his decision to end the Deferred Action for Childhood Arrivals program. But why?

DACA is a just and beneficial program.

Rather than judge the undocumented children of undocumented workers, called Dreamers, based on their parents’ past, the act allows Dreamers to be legally allowed to work and live in the U.S for two years.

According to the U.S. Citizenship and Immigrant Service, an estimated 1,451,195 deferral requests have been accepted from 2012 to 2016.

All of these applicants are required to be in school, have a high school diploma or GED, have served in the military or be completing some form of technical or trade school.

These applicants do not fit the stereotype of the tax-evading, sneaky immigrant. In fact, illegal immigrants pay around $11 billion in taxes annually, as reported by CNN Money this month.

If DACA were to end, we would be shutting the door on current and future doctors, lawmakers, politicians, teachers and more.

The majority of Dreamers have lived here almost their entire lives, so sending them back to a country they have little contact with is nonsensical. 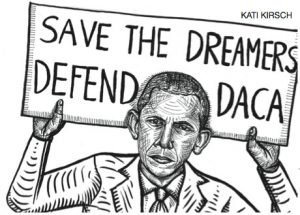 If we do deport Dreamers, according to the Center for American Progress, the United States would lose an estimated $460 billion dollars over the next 10 years, as 91 percent of Dreamers are currently employed.

These are people working in nearly every faction of business; in fact, 6 percent of Dreamers have already launched their own companies, which employ American citizens.

Even Republicans are distancing themselves from Trump’s actions. Sen. James Lankford of Oklahoma said in an official statement that we as Americans “do not hold children legally accountable for the actions of their parents.”

Just like how we don’t hold the president accountable for his actions. At least these immigrants are required to show us their tax returns, right?

Although owned by New York City, the Statue of Liberty currently resides in the waters of Jersey City, New Jersey, which I and around 21,000 Dreamers call home.

Just as she stands stead fast out of the darkness, so will Dreamers: the people we know as our friends, neighbors and fellow Americans.