Point: UVM should have open carry on campus 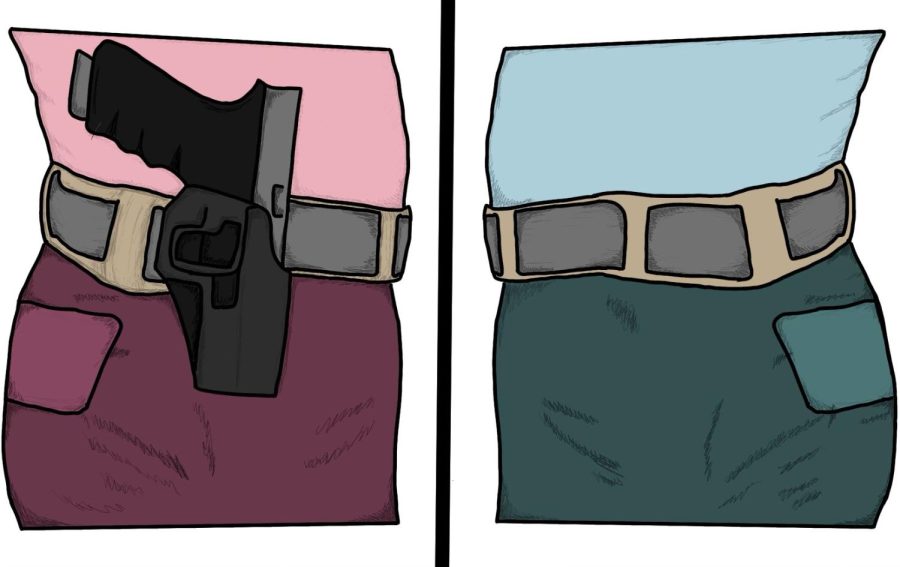 The Second Amendment in the U.S. Constitution gives each and every American the right to bear arms.

UVM students need to be able to carry guns on campus.

Vermont is one of 23 states that allows each university to decide whether or not to allow guns on university property, according to the National Conference of State Legislatures.

UVM’s policy needs to help the next generation of Americans form a healthy, responsible relationship with guns.

Seeing someone carrying a firearm in public may feel unnerving, but that doesn’t have to be the case.

Recently, UVM Police Services responded to a report of a gun in the Harris-Millis Residence Hall, according to a Sept. 26 CatAlert.

This report was cleared by police after investigations didn’t find any evidence of a weapon, according to the CatAlert.

A false panic like this could be avoided if students were more accustomed to being around firearms and knowing what guns look like.

Allowing UVM students to carry weapons on campus will help ease the fear of guns and create a healthier relationship with them.

To progress in such a violent world, the young generation of Americans need to have a healthy relationship with guns and UVM must show that common sense gun laws are possible.

In Canada, gun owners were two-thirds less likely to commit any crime than non-gun owning Candians, according to a 2016 Vice documentary.

Gun owning Canadians are under close watch by Canadian law enforcement, just as gun owning UVM students would be if UVM implemented a firearm friendly policy.

With firearm owning students under close supervision, they are less likely to break the rules.

UVM can create a space for students to learn how to handle, carry and store their firearms properly by having gun-safes in dorm buildings, proper registration and gun safety courses for those who would like to open or concealed carry.

Mental health screenings and easy avenues to mental health services mitigate the chance that students turn their weapons on themselves.

The ability for the University to confiscate weapons, or expel students, for improper weapon use is also a way to reduce harm.

Students can feel safe and secure while still exercising their right to bear arms.