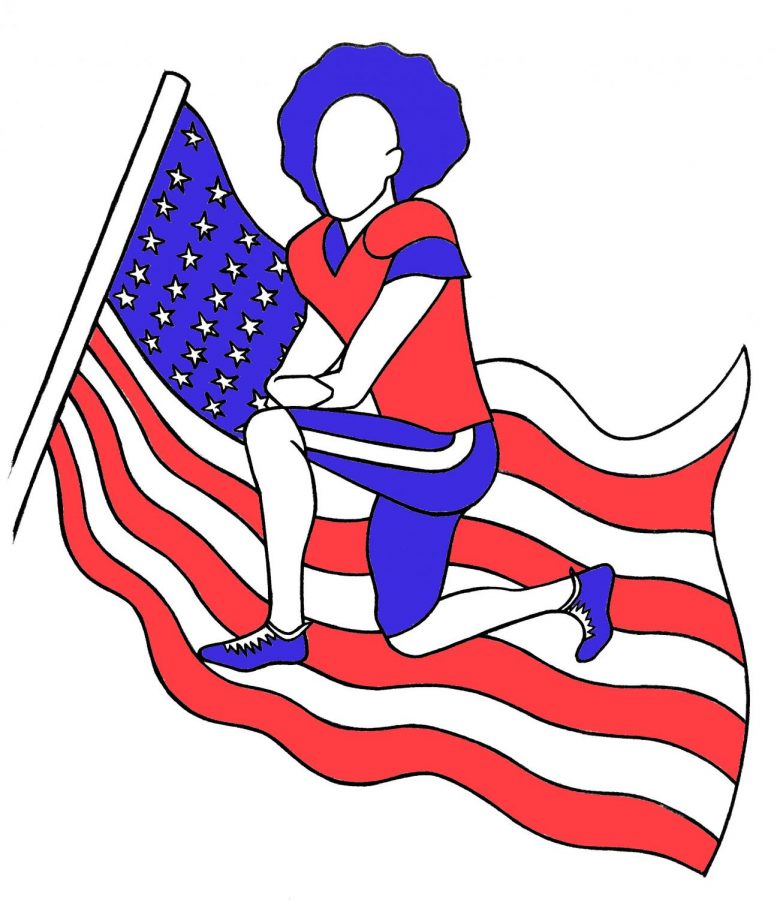 Since 2001, 1,645 American soldiers have lost major limbs in combat; another 138,197 American souls have been classified as casualties according to a Congressional Research Service report from Aug. 2015.

These men and women earn $29,380 on average fighting to defend our freedoms.

I don’t care what your political views are; kneeling or turning away during the anthem is disgraceful.

Protest all you want but never disrespect the flag that covers the caskets of those brave enough to die for you.

Allow me to clarify. I have no issue with the principle of the protest itself, but with the object being targeted for protest.

To use the flag as a tool is wrong. We raise for our flag because there are some who cannot anymore.

I encourage you to travel and live in other countries overseas. If you were to protest the government in Iran, Iraq and Afghanistan. You will be thrown in jail and beaten.

If you cannot see what you are able to do with the freedoms that the American flag waving overhead has provided, then you are a very misguided individual.

One can argue that by asking you not to protest the flag, I am a hypocrite.

I am asking you to stop acting on the opportunities that, as I have pointed out, men and women have died for serving America.

If you decide to protest using Old Glory, I want you to do so with an image in your head.

Picture a woman leaving her child and husband behind to go fight for that flag that you are so hell-bent on disrespecting.

Picture a mother who must watch as her 19-year-old learns how to live without legs, or a child bent over the stone on which his father’s name resides.

Picture these things next time you protest the flag. It is because of these images that you are able to do so.