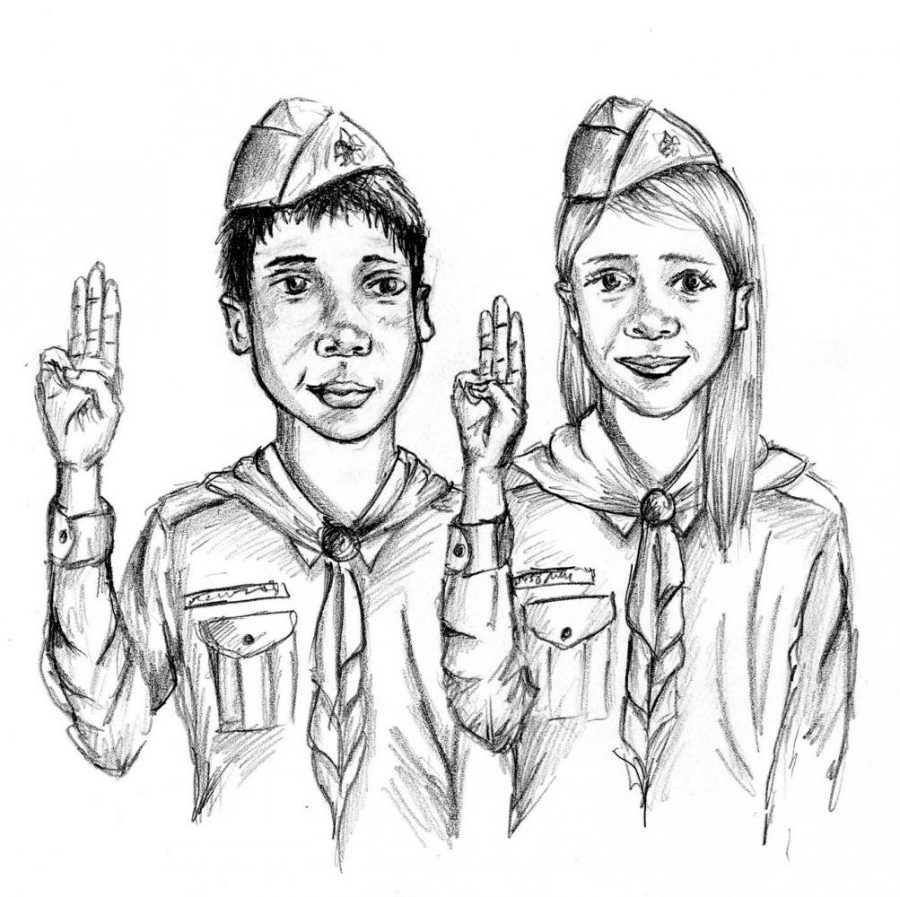 Last week, Boy Scouts of America announced that the organization was opening the Eagle Scout rank to girls.

We agree that gender is a social construct, and the aim of BSA is to show that anyone should be able to join the scouting organization.

We understand that being able to enroll children in one scouting organization could be easier for parents.

This sends the message that being a boy scout is a bigger honor. As if the “highest-ranked Eagle Scout award” is the actual highest rank. As if the girl scout Gold Award doesn’t exist or take twice the number of hours to complete or require twice the amount of community involvement and leadership skills?

This solution invalidates the existence of Girl Scouting. In an effort to be inclusive, BSA is being misogynistic.

“This decision is true to the BSA’s mission and core values outlined in the Scout Oath and Law. The values of scouting–trustworthy, loyal, helpful, kind, brave and reverent, for example–are important for both young men and women,” said Michael Surbaugh, the BSA’s Chief Scout Executive.

But that’s already a part of Girl Scout law. It already exists for both men and women.

“The BSA’s record of producing leaders with high character and integrity is amazing,” said Randall Stephenson, BSA’s national board chairman. “I’ve seen nothing that develops leadership skills and discipline like this organization. It is time to make these outstanding leadership development programs available to girls.”

There is something that develops leadership skills: Girl Scouts.

Perhaps there should be a brand new American Scouting organization introduced that tailors to neither boys nor girls.

Why must BSA make this move as though girls should only be so lucky as to get to join Cub Scouts? Or to achieve an Eagle Scout award?

The point is that an organization equal, if not better, than Boy Scouts exists for girls, and it’s wildly successful.