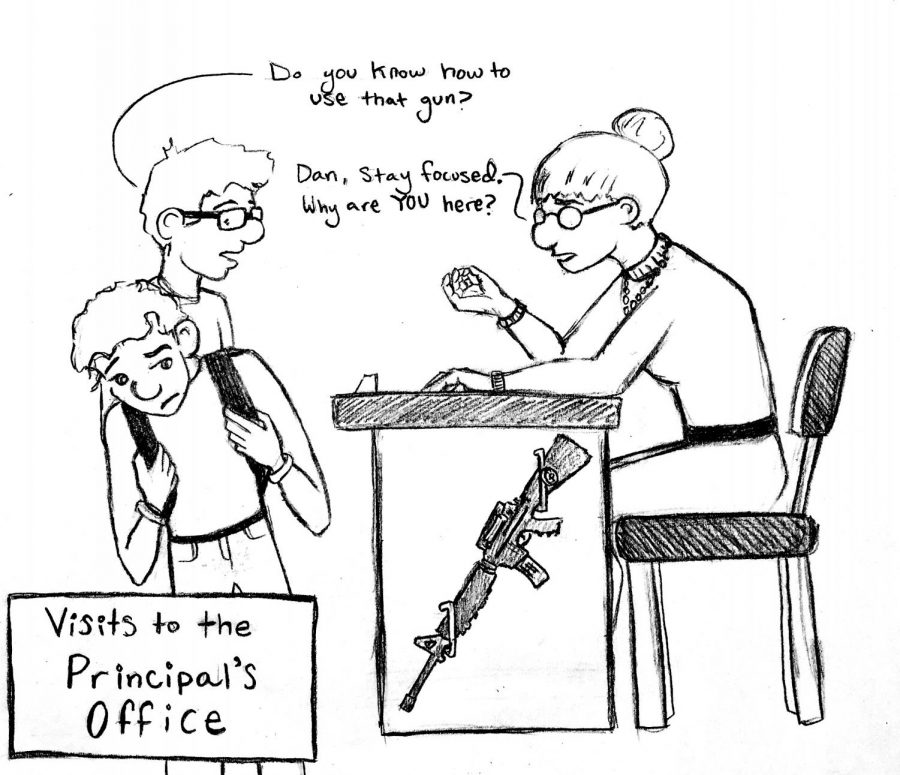 One in every five K-12 teachers have been thoroughly trained to use a wide variety of firearms to deal with multiple types of assailants and mass-shooters.

Nursery caretakers have been given handguns to protect the infants in their care should someone try to attack.

Sports coaches across the nation motivate their players from the sidelines with a shotgun in hand.

Our children still receive a mediocre education at best, but peace has finally been restored to our beautiful country.

President Donald Trump kicked his legs up onto his desk in the Oval Office. He sighed contentedly.

Suddenly, his son Eric barged into the room. He looked panicked.

“Put her on,” replied the President with complete confidence.

After the intercom finally switched on, an equally-panicked secretary of education delivered her biggest concern: no one had armed the school bus drivers.

Turning back to his son, it appeared an idea had already sparked in his mind.

“We will escort every school bus with an armed militia,” President Trump said.

“But how will we get enough to escort every single school bus?” his naive son inquired.

“It’s all very simple: give the teachers more guns and make them the escorts,” he suggested without missing a beat.

As he finished his sentence, DeVos, followed by the entire White House staff, entered the Oval Office to give him a standing ovation for his impeccable decision-making.

Within days the new policy was implemented and met with overwhelming success. There were zero school shootings by people who weren’t supposed to have guns in over three months.

The number of school shootings by people who were supposed to have guns grew significantly, but that was probably taken out of context and should be ignored.

In other news, the Department of Homeland Security proposed equipping firefighters with “bigger, cooler fires” to fight wildfires.