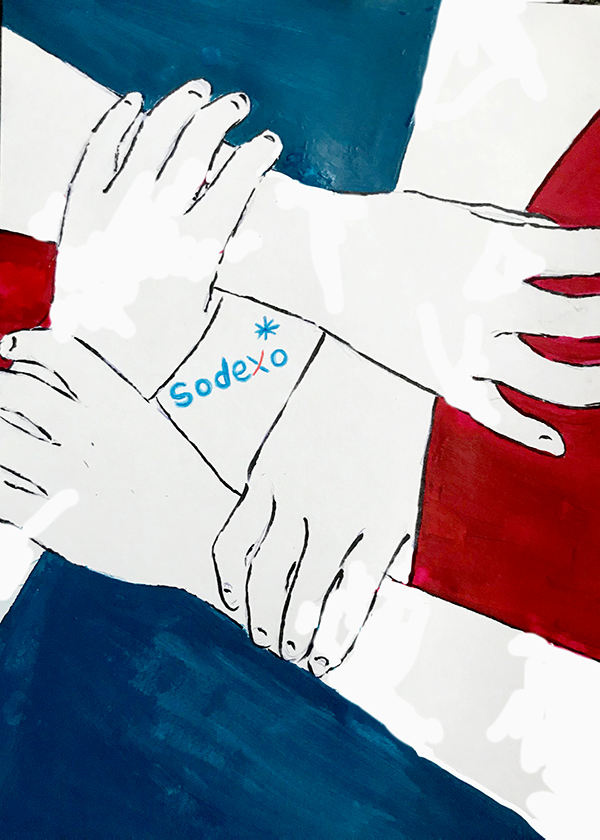 Unionizing is unnecessary — it is clear Sodexo tries its best to create a stable, happy work environment for employees and a union would only create more problems on campus.

First-year Kathryn Jones, who recently quit working at Brennan’s, one of Sodexo’s restaurants on campus, discussed the workflow and turnover of staff.

“The older employees are pretty steady but student turnover is, of course, high,” Jones said.

She attributed student turnover to a change in course workload between semesters.

High student turnover also means that a union could get messy — it would attach Sodexo to UVM not only by contract, but would allow students to hold power over the school.

Not every person will take advantage of this, but it could lead to complications that are best avoided.

The Sodexo dining halls are also spread out across 17 locations on campus. Uniting under one force would be difficult, as each dining location has its own management and unique needs.

Workers at UVM Dining facilities make $12.60 to $17 per hour depending on experience, according to a job listing for Central campus dining hall on the job site Indeed. For many workers, this is their main income.

Unions take dues, so if the wage is average, employees may not want some of their paycheck to go to an organization that is not giving them enough benefits back.

This is already a competitive wage in the food service industry as well, according to Indeed.

A union would not increase this wage, as it is in line with other food service employers.

Sodexo offers a free meal each break to all of their employees and health care to full-time employees. Staff at UVM do not need a union to get benefits they already have.

There was an issue in 2013 regarding what qualifies as a full-time employee at Sodexo.

After intervention from the University, anyone working over 30 hours a week at Sodexo is considered a full-time employee, according to a September 2014 Burlington Free Press article.

Since this policy change, staff at dining halls have not actively tried to unionize.

According to the Sodexo website, they accept the right of employees to unionize and will not discriminate against those who choose to do so.

Recent upsets of United Academics, the faculty union, has students wondering whether all employees on campus should unionize to protect themselves.

Budget cuts to education departments do not mean dining halls will also receive budget cuts, especially when the school displays the Central campus dining hall at admitted student days and tours of the school as an example of their dedication to locally sourced food.

The dining halls are something the school is proud of. The administration would not take money away from something that attracts students to UVM.

It is clear from the past that if Sodexo employees at UVM have a problem with their work, they can speak out and it will be fixed.

The University backed dining hall staff over Sodexo in 2013. There is no reason they would not do it again.

While unions have secured better wages and livable working conditions in the past, they are unnecessary when workers have benefits and sustainable wages.

Sodexo workers should not be unionized. It is for the better.