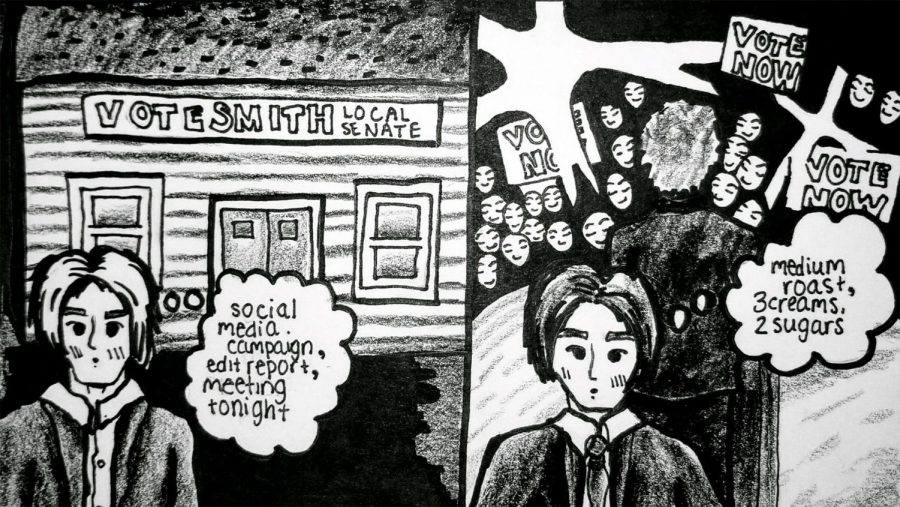 This summer, I went through a ritual that most poli-sci majors take part in: I worked on my first campaign.

It wasn’t a well-oiled incumbent machine headed for Congress or the Governor’s office. This campaign was for the Rhode Island District 4 state representative seat (not to be confused with a state’s House of Representatives seat).

When a campaign is small, you have to think small. You have to personalize your communications, divide big plans into smaller chunks and know your limits.

I decided to work for this campaign specifically because of its size. I felt I would be able to have more of an impact in a smaller operation and learn more about the inner workings rather than simply taking orders from higher-ups.

At a canvassing training session, I met an intern from the Massachusetts Democrats. We chatted about long hours of door-knocking and sending email blasts, and she mentioned that one thing she disliked about her experience was how impersonal it was.

She campaigned for multiple candidates, some of whom she had never even met, and she was often one of many interns with the exact same job description.

One perk of smaller campaigns is that the candidate and the staff have a deeper ability to connect with voters.

When I went door-to-door with Mark Tracy, the candidate I was working for, he would often lag behind me because he would get caught up in conversation.

Since it was a small area, we got to know people firsthand and connect with them as friends and neighbors, not just as constituents.

Another advantage is that you can try anything with a smaller campaign.

We experimented with hosting coffee hours, debates and “un-debates” (where candidates sit and listen to constituents voice their concerns) and personal social media posts, instead of big-picture public relations strategy.

Although I was the youngest in the room, I felt comfortable voicing my ideas and opinions and even had the chance to bring some of them to life.

Unlike the MA Democrats intern, I had autonomy and real responsibility. By the end of the campaign, I was communicating regularly with volunteers and organizing them in order to accomplish our campaign’s goals.

I also ended up doing a lot of Tracy’s social media because I knew how to best get the message across on different social media platforms.

By the end of the summer, I had gained confidence in my abilities and learned about the operations of a political campaign first-hand. I wouldn’t have been able to do that in a larger, high-stakes campaign.

Larger campaigns are a good place to cut your teeth later on. However, if you’re on your first one, smaller is better.