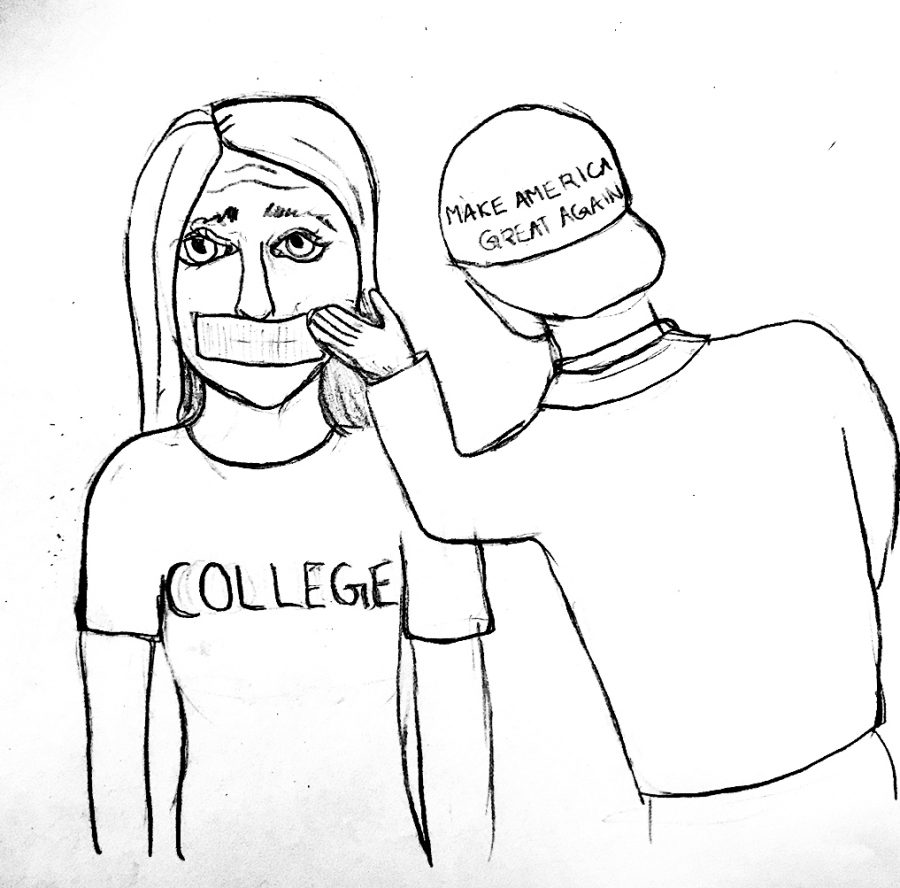 Studies show that 20 to 25 percent of women and 15 percent of men are victims of sexual misconduct at college, according to the Rape, Abuse and Incest National Network. Close to 90 percent of these cases go unreported.

Sexual violence occurs at significantly higher rates than other crimes on college campuses, according to RAINN. But this country is continuously polarized by debates over the safety of individuals.

Under Obama, sexual misconduct was defined as “unwelcome sexual advances, requests for sexual favors and other verbal, nonverbal or physical conduct of a sexual nature.”

His policies held schools at higher levels of responsibility and the definition coincided with the broad spectrum of sexual misconduct.

The Trump administration has proposed to change the definition to “unwelcome conduct on the basis of sex that is so severe, pervasive and objectively offensive that it denies a person access to the school’s education program or activity.”

This would cause only the most severe circumstances to be acknowledged while ignoring the broad spectrum, which will prevent people from reporting.

It is disgusting how the leader of our country fails to acknowledge the severity of this problem; rather than sympathize with survivors he taunts them.

Women fear for their safety when they walk alone at night.

Survivors replay the horrific images in their heads of their sexual assault while trying to go about a normal life.

And our president continues to overlook the severity of the issue.

As women, we are still held to unfair standards and our opinions are overlooked, but now is not the time to stop the fight.

We deserve to feel safe at college and we deserve the right to report sexual misconduct without fear.

We are living in an era of the #MeToo movement, where people are coming forward to share their stories.

We are in a time of change; it is our responsibility to rise up and fight to progress the country into a place where women are respected and sexual misconduct is taken seriously.