Perspectives: Sodexo’s got to go 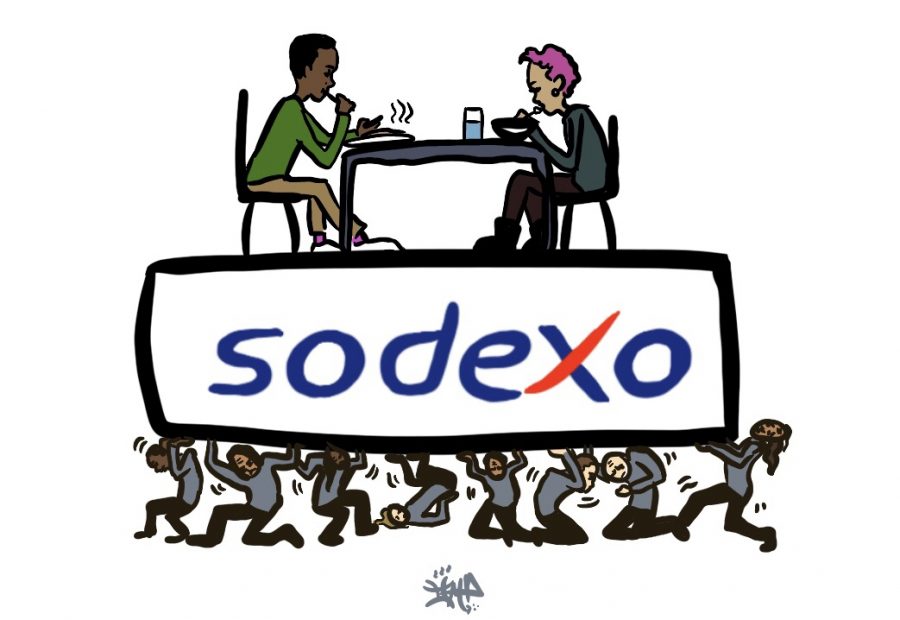 Sodexo; it’s a common name around UVM’s campus. But, what often goes unnoticed is the full impact the company has on the international community through their violation of the human rights of their employees and their involvement in the for-profit prison industry.

Sodexo is a multinational corporation based in France that provides food services and facilities management. They are one of the largest employers in the world with over 470,000 employees globally.

Many of these employees have attested to numerous instances of Sodexo creating labor conditions that violate their human rights and dignity.

According to a 2011 report from the Trans Africa Forum, in Bogota, female job applicants were forced to take pregnancy tests. Employees in Guinea described forced segregation between Guinean and European workers. In numerous countries, including the United States, employees have alleged health and safety hazards to which the company has been unresponsive.

According to the United Nations’ Universal Declaration of Human Rights, all humans have the right to work in a safe environment where they are protected from discrimination. By these means, Sodexo is in clear violation of the human rights of their employees.

These examples only scratch the surface of Sodexo’s violation of human rights. Further instances of this abuse of power can be seen in the private prisons that are owned and operated by Sodexo.

According to the American Friends Service Committee, Sodexo owned 20 percent of the Corrections Corporation of America, one of the largest for-profit prison corporations in the United States. They sold their stocks upon rising pressure from student activists, but only moved on to increase their influence in the private prison industry.

Sodexo currently operates 122 prisons in 8 different countries and many of the inmates in these prisons have been subjected to neglect at the hands of Sodexo management. Inmates and prison workers alike have testified to the existence of systemic failures in many of these prisons that have led to an overall lower quality of life and to the deaths of numerous inmates.

UVM’s continued involvement with this company that routinely abuses human rights shows a clear lack of commitment to justice on the administration’s part. As the second largest employer in Vermont, the effects of the university’s actions reach far beyond campus.

We as students deserve more transparency about where our food is coming from. Sodexo workers deserve fair treatment and wages for the crucial work that they do.

This community deserves an administration that is truly committed to racial and social justice on a local and international scale.

To communicate your support for ending UVM’s contract with Sodexo and instituting new dining on campus that is just, provides fair wages for all employees and is ecologically sustainable, visit our website at go.uvm.edu/sodexo to sign the petition.

It is time for us to act for economic and racial justice and remove Sodexo from our campus.

Sign the petition and spread the word about what Sodexo is and how UVM is complicit in their human rights abuses. We cannot stand by while our institution upholds systemic racism and contributes to this exploitative corporation.