Survivors, we are not ignoring you 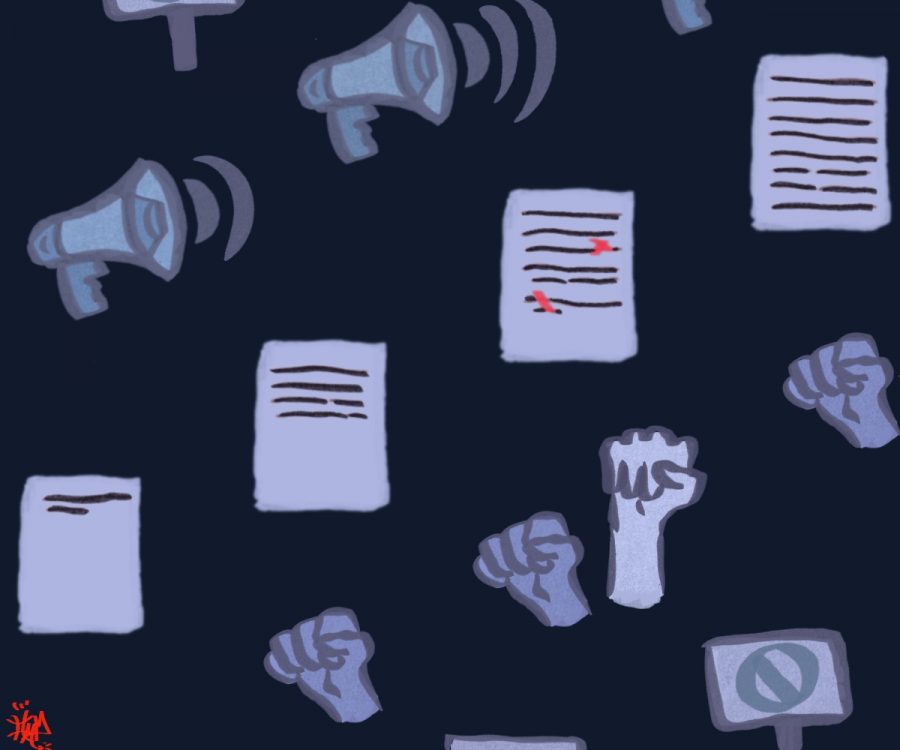 Last semester, a UVM junior, now senior, posted on their Instagram about their sexual assault, beginning a movement that led to thousands of students walking out in protest of the university’s mishandling of sexual assault cases.

At the peak of the movement, the Cynic released three articles that covered the protests, the systemic issues that sparked the protests and the aftermath.

We recognize our readers may wonder why sexual assault coverage appears to have stopped from the Cynic this semester.

We hope to address these concerns in this staff ed.

Survivors and allies of survivors, please hear us when we say we are not ignoring you.

Sexual assault coverage is important, though it is a difficult topic to write about for two reasons.

Number one, the Vermont Cynic has reporters who are survivors themselves, who requested not to write about sexual assault.

Number two, the Vermont Cynic only assigns stories about sexual assault to the most qualified news reporters.

Interviewing a survivor is a very sensitive process. In order to ensure the process is safe and ethical, we make sure the assigned reporter is 100% capable of holding the interview.

After three semesters of pandemic-impacted reporting, we have very few staffers left on our team in general. We are still waiting for our seasoned reporters to settle in before we assign such a large story.

Additionally, when the Cynic, and any other news outlet, reports on sexual assault, we must offer an interview to the alleged assaulter. Otherwise, they can sue us, which leads to the story’s removal from our website.

This has happened in the past, and we don’t ever want it to happen again.

A typical news story takes roughly a week to go through our editing process. A story on sexual assault can take a month, depending on the specifics of the story.

We know the work is not done, and we know incidents involving sexual assault are still happening. Trust us when we say we are working on these stories.