The election was too close for comfort 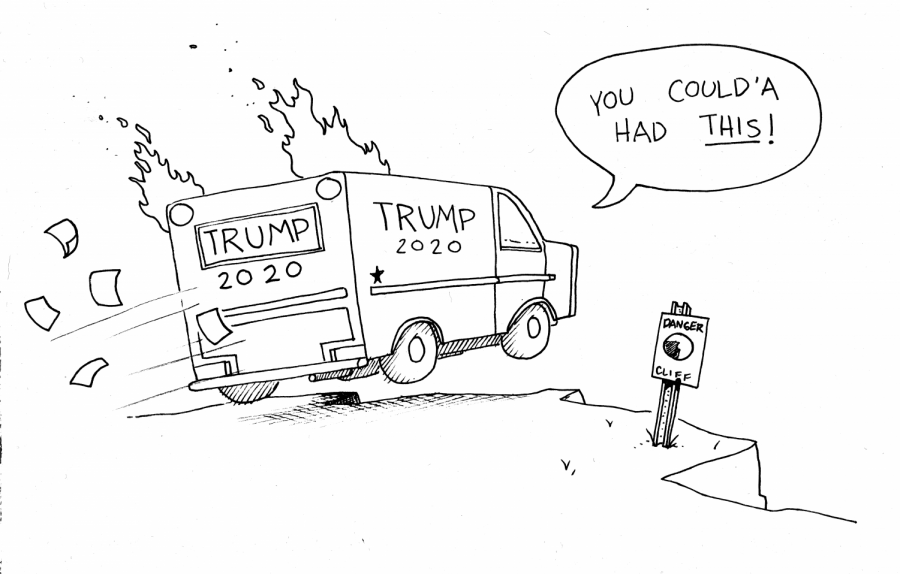 The five-day election took over the U.S. the week of November 3rd.

In a nail-biting race, the election was close until its last days. On Nov. 7, the race was finally called for Biden.

The election was too close.

Over the past four years President Trump proved again and again who he is; a xenophobic, racist, homophobic, trust-fund baby who has never heard the word “no” in his life.

The damage done by Trump will not go away just because Biden is president. The damage is going to take years to solve.

America is no longer the country it was pre-Trump. It is clear now that no matter the offense a racist was able to prosper and garner mass support for the presidency.

The mere fact that a candidate like Trump could almost win is disappointing and the fault of one party; the Democratic party.

In the primaries it was clear that the demographic of the Democratic party was splitting; progressives in one aisle and moderate democrats in the other aisle.

The moderates won the primaries with the nomination of Joe Biden– from then on it was their responsibility to convince the country to vote for their candidate.

The decision to run on a moderate candidate came from the idea that a moderate Democrat would push anti-Trump Republicans to vote Democrat.

In actuality all this did was ostracize the far-left and catered to a right-wing sentiment.

Thanks to this decision, Democrats now support fracking and have a president-elect accused of rape and a Vice President who is infamous for sending trans women to male prisons.

It is not the ideal situation, but it is the situation we were given.

Despite most people voting blue to get rid of Trump, the Republican party still pushed back against the democrats in the only way they know, bringing voter fraud and suppression into the race.

In a tweet on Nov. 7, after the election was called for Biden, President Trump stated, “I WON THIS ELECTION, BY A LOT!”

This claim is false and his peddling of the same theory convinced most of his followers to not vote in this manner. Come election day when votes were counted, the majority of mail-in votes were blue.

It was not surprising considering his campaign essentially suppressed voters.

In some states like Texas where there was one official drop-off box per county, according to an Oct. 27 CNN article, operatives from the GOP were able to prevent mail-in-voting on a large scale.

Thankfully Trump did not win but the election was too close for comfort.

Trump is no longer in office but his legacy lives on in his supporters and in the corrupt system he is leaving.