Trumps refusal to concede is further dividing the country 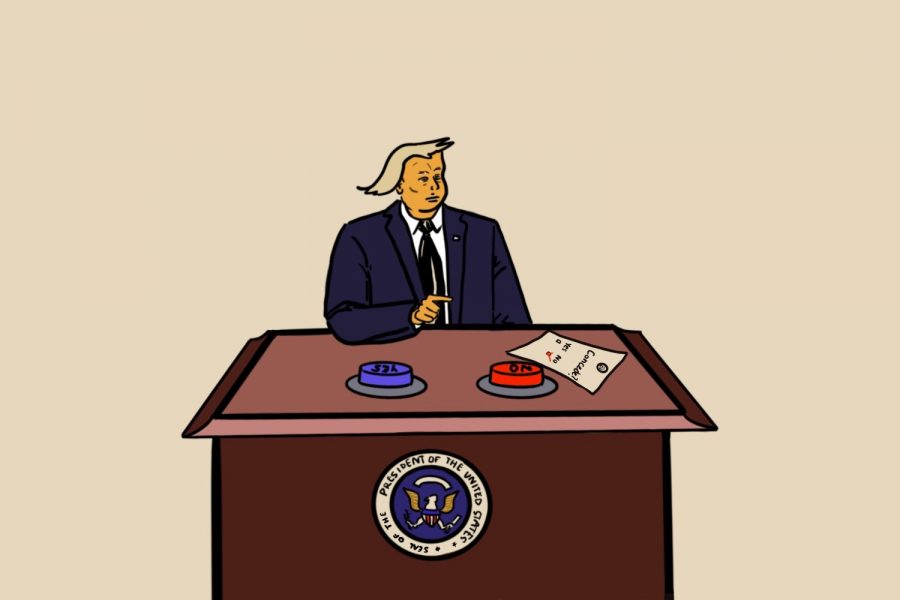 It’s been weeks since America elected Joe Biden as the next president of the United States.

Normally, everybody would just accept the outcome and get on with their lives.

But this election has been different. President Trump is refusing to concede, spreading conspiracies about mass voter fraud that must’ve cost him the election.

Voting in the United States is more secure than ever. With polling places being run in a non-partisan manner, mail-in ballots being sent in secure envelopes, and counting being overseen by members of both parties, it is a near-certainty that your vote will be counted.

Of course, near-certainty, even if it’s 99.99% certain, is something people will inevitably exploit to say an outcome could be wrong, including our current president.

As reported by several sources, including VOA News, Trump and his supporters are picking out isolated circumstances, such as a few ballots being found in the trash in Pennsylvania or a dropbox being set on fire in California making some ballots illegible. They are using these to explain that this is how the election is being stolen from Trump, even though Biden leads by tens of thousands of votes in the states Trump would need to win.

Furthermore, they are making unsubstantiated claims with no proof behind them, such as mail votes being changed or thrown out by Democrats and corrupt election officials changing totals to help Biden win.

What makes this election different from others in which the loser refused to concede is the vast amount of misinformation and the high stakes.

With Trump turning much of his base into a group that would listen to nearly everything he says, it’s no surprise that the false belief that Biden has not legitimately won the election has thrived with Trump voters. A recent YouGov poll showed that 86% of them agree, compared with virtually all Biden voters disagreeing.

This only deepens the already stark division between Republicans and Democrats.

Ordinarily, the president-elect would meet with the outgoing president once a winner is known in order to establish a smooth transition between the two.

This would include the president-elect having access to classified information so that they would be as prepared as possible for the job from day one.

But because Trump is riding on the unorthodox principle that he is not the loser, none of this has occurred until this week and Biden has been left mostly to his own devices on how to prepare to be president next year

In fact, the administration has been doing exactly the opposite, with Secretary of State Mike Pompeo vowing to ensure “a smooth transition to a second Trump administration”.

America is well-known to be a partisan country, with very little middle ground on issues such as abortion, climate change, and gun rights.

The one aspect of politics that seemed to be neutral and widely accepted was election results.

Now, with even this cast in doubt along party lines, is it even possible to come together as Americans anymore?