The Vermont Cynic • May 3, 2021 • https://vtcynic.com/opinion/unpopular-opinion-cars-shouldnt-be-the-main-transportation-system/ 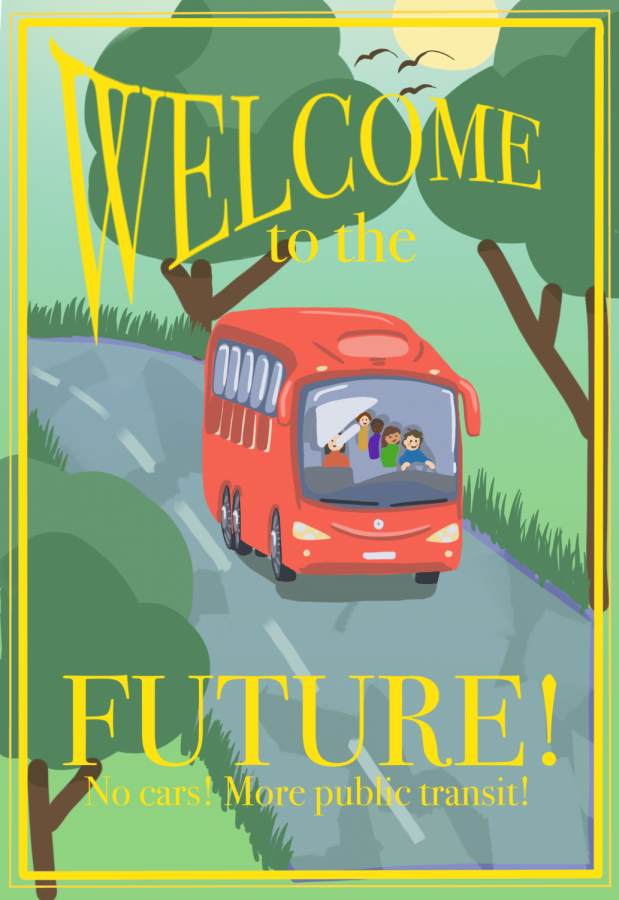 I dream about it all the time. Every sleeping moment I lay in bed and ponder the beauty of it; the future so close yet just out of reach.

The soft sound of hooves on dirt, feet on pavement and the bustle of a train in the distance echo in my dreamy slumber.

By the time I wake up she is only but a dream, but I know in my heart I want her.

I am awoken by a honk outside my window and sometimes by the screech of tires on asphalt. It is loud, and I am reminded that I do not live in this dream world.

My dream is a future with less dependence on cars and expanded public transportation.

Ever since I was a kid, I never understood why one needed a car to get around everywhere.

Perhaps it was because I grew up in a town without sidewalks, when all areas in my opinion should be walkable and the need to drive two minutes instead of walk always seemed unnecessary.

When I grew up I learned cars were more than just unnecessary.

In the U.S., 1.35 million people die from car crashes each year, according to the Association for Safe International Road Travel website.

That is a lot of people, and quite frankly it made me terrified of cars.

A typical car produces about 4.6 metric tons of carbon dioxide a year, according to the EPA. Multiply that by the number of people who own cars and the issue is clear.

That is a massive amount of carbon dioxide entering the atmosphere each year that is intensely harming our planet and increasing the threat of climate change.

I normally tell people that I do not drive because of my commitment to the environment, and this true, in part.

The truth is that cars and I also just do not get along. I have my license but operating a vehicle terrifies me.

There are places in the world where a car is not a necessity.

For example, in New York City, it is estimated that 45% of households own a car, according to the New York City Economic Development Corporation.

New York City’s transit system is world famous— the subway system saw average ridership per day being 5.7 million people in 2016, according to the MTA website.

The subway costs $2.75, with an option for an unlimited metrocard for a short period of time.

Comparing this to the estimated costs of a lifetime of car ownership — $443,800 according to the American Automobile Association — it is obvious why people choose public transport over cars.

Public transport works in larger cities, New York City an example, but why should those without cars have to move to a city to get around?

To live in the countryside is a lifestyle I desire, but that would mean I would have to drive.

Our roadways are set up to support cars and especially in rural areas like Vermont, life without a car is pretty stationary.

Luckily Vermont has a large biking community, with roads having bike lanes that allow for safer travel on bike.Though without a car, Vermont is still not easy to trek.

This means that people who do not drive have to sacrifice living in areas like Burlington to be able to get from point A to B solely because the U.S. relies too heavily on cars.

I hate it, and I see a better future.

Japan is a country in which most of its population uses trains to get around, according to Frommers’, a popular travel guide, website.

Frommers stated the most efficient way to travel around Japan is by train.

Rural areas are connected to larger metropolises by train through the suburbs.

Efficient, accessible public transportation is just as viable a way to move around as driving a car is.

The way I see it, it is the same as monocropping on farms; only one type of crop harms overall biodiversity and the function of the system.

Only having roadways for cars takes away the diversity of travel. A better system would allow for multiple types of travel at all times.

Trains, buses and other forms of transportation work to move people around.

We need to invest in rail systems across the U.S. to support all Americans with or without cars.