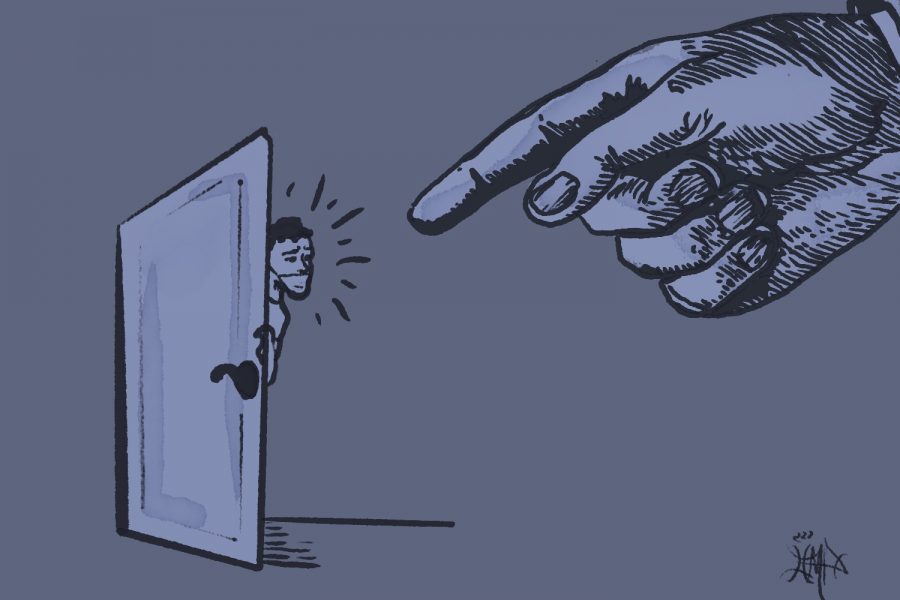 Spring semester has been one of the wildest ones yet for UVM. Since its start, at least 413 students, including myself have tested positive for COVID-19, according to UVM’s weekly testing report.

As a result of this, the University has been cracking down on student violations, disciplining almost everyone they see breaking the rules. This has led many to wonder if these actions are justified at the expense of the students.

Students across UVM have created “bubbles” of friends who, when together, don’t follow the Green and Gold Promise. This is widespread among both off and on-campus students as well as those not affiliated with the University.

Predictably, some of these bubbles have led to COVID-19 spreading among the student population. I know several people who were infected from parties on campus, and most people who I know who have gotten sick have some idea of who exactly may have infected them.

So UVM decided to rule with an iron fist and strike fear into the hearts of its students. On Feb. 25th, UVM announced that nearly all violations of the Green and Gold Promise would be reviewed for suspension.

At the same time, it appears that RAs and other ResLife staff were instructed to be more stringent and not let people off the hook.

The implementation of this was disproportionate. Where I live in University Heights, little has changed. RAs continue their usual bi-hourly walks and generally don’t bother the students.

But several of my friends report that in some dorms, such as Harris-Millis, the situation is very different. RAs walk the halls every half-hour. They listen in on rooms trying to deduce if there are non-residents in them. They give few students any second chances.

This is what birthed the viral petition created by Michael Rogan that now has over 3500 signatures.

According to the petition, UVM is blaming its students for spreading COVID-19 and is being too harsh with their disciplinary action. Suspensions have been given to a number of students for minor offenses, such as peeking outside their door without a mask to check who knocked or even forgetting to test.

The petition brings up a fair point. It’s only natural for those inside and outside of the UVM community to accuse the students of causing COVID-19 outbreaks.

Then again, if one considers that UVM is right in this accusation, this doesn’t give any answers as to why some dorms are being much more patrolled, while others are business-as-usual, especially those of similar sizes.

It seems as if UVM suspects dorms like Harris/Millis are the “troublemaker” dorms.

Vandalism, drugs/alcohol and other student conduct violations were widespread in these dorms last year, according to a Feb. 2020 Cynic article.

The University’s theory must be that these are the same people breaking the Green and Gold Promise even though it has a new cast of characters. Or that contact tracing has lit up these dorms as hotspots.

Most of those I know in Harris/Millis have been caught breaking the promise and have had hearings. Yet it seems like these violations could occur to anyone.

These are for things like sitting too close when eating or taking one’s mask off in a study room. Only serious or repeated violations are actually suspended, such as a maskless party, and University data paints a startling picture.

Gary Derr reported  that only about one in 20 Green and Gold Promise violations result in suspensions, according to a March 14 WCAX article. This means that UVM students, even rowdy social groups, aren’t like those spring breakers in Miami.

These are just people who are cutting corners every now and again, barely increasing their exposure to COVID-19. Yet the University is making everybody feel like they are about to doom their semester.

UVM is somewhat right to tighten restrictions due to COVID-19. But it seems like they let some situations fly, such as allowing people to eat together in dining halls.

Furthermore, there is only so much the University can do. Recently, there has been an explosion in off-campus cases, proving that UVM’s suspension policies can only work to an extent.

What UVM is doing to students is inequitable, especially since others have more freedom and less surveillance both on and off campus. They should make UVM feel less like a prison and give some freedom to its on-campus students.