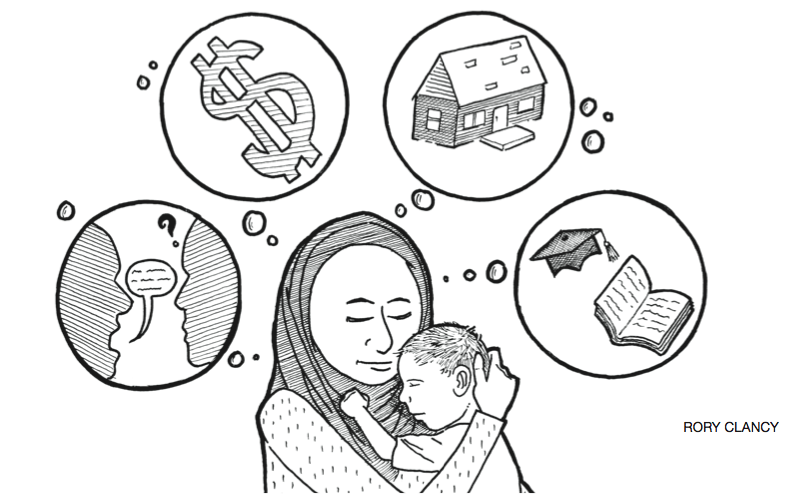 Three hundred-twelve of these refugees, hailing from Bhutan, Somalia, Democratic Republic of the Congo, Iraq, Burma and Burundi, were resettled in Vermont.

The U.S. State Department says the average refugee’s resettlement expenses add up to about $1,800 over the first eight months.

Ninety-five percent of refugees in the Vermont program find work over their first six months, and because of this, the average cost of setting up a refugee in Vermont is less than the national average, according to WCAX.

Most of these workers are seasonal or temporary, and unemployment numbers are higher for refugees nationally.

This cannot just be chalked up to “low skill.” Twenty-eight percent of refugees had at least a four year college degree compared to 29 percent of U.S.-born adults.

Despite having similar levels of education, refugees have a much higher rate of unemployment, and are more prone to labor market stressors such as cyclical fluctuations, meaning the natural cycle of unemployment highs and lows.

This may not necessarily be because they aren’t as skilled but because of a discount in their perceived human capital — more about this later.

Refugees that are granted refuge in the United States have a plethora of obstacles to overcome, and as of late, these obstacles are mainly in the form of the overly-bronzed buffoon now residing in the White House.

The impact of President Trump’s anti-immigration executive orders earlier this year had halted plans to bring in over 50 refugee families to Vermont. This rabble-rousing action has since been reversed by the courts, and all entrants will be welcomed.
Language and Skill Barriers
Think about your semester abroad in Latvia. You probably didn’t know the language, were new to the culture and were an outsider.

It wasn’t the end of the world, though. You were there to “study,” and would eventually go home.

Now consider a refugee fleeing a war-torn homeland that is in search for their own rendition of the American dream.

They aren’t going back “home.” This is home now, and the social and cultural barriers faced by are beyond the reach of comprehension to most of us.

The organization’s goal is to assist refugees through spoken and written English language classes.

The belief is that by empowering refugees with English proficiency, the new Vermonters will have the tools to make their families stronger and their communities richer by bringing global diversity to the relatively homogenous Vermont.

A plug for this indispensable organization: You can support the ELL program by volunteering as a tutor or instructor, by donating money to buy textbooks and such, or by sponsoring a class. To learn more, contact Ashraf Alamatouri at [email protected]

The USCRI-VRRP network also provides interpretation and translation services in addition to the ELL program.