We shouldn’t put our faith in Warren 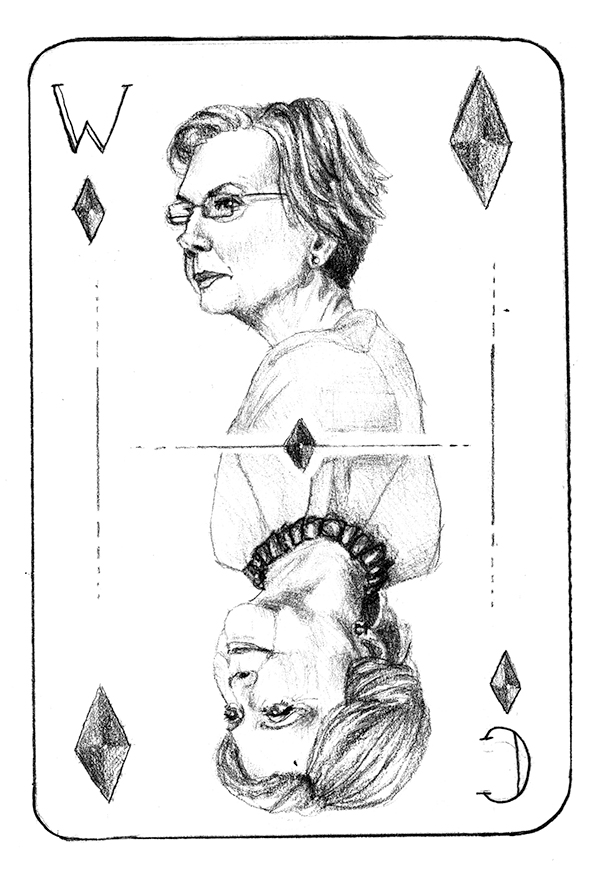 “Elizabeth says ‘hi!’” is the caption underneath a photo of my parents smiling widely, arms wrapped around a blue cardigan-clad Senator Elizabeth Warren.

I like Warren. I like her policies about increasing taxes on the wealthy, eliminating the electoral college and decreasing student debt.

As much as I like her, I don’t think she will be president.

Warren has built her campaign on the promise to increase taxes on households with incomes of over $50 million. It’s a strong policy but could end up being her downfall, since money speaks louder than words and people will do whatever it takes to protect their fortunes.

Many millionaires, Democratic donors and Wall Street professionals have stated that they would be more likely to support President Donald Trump in a race against Warren, according to a Sept. 26 CNBC article.

And sure, they’re called the one percent for a reason, but that doesn’t mean their vote doesn’t matter. Because if the wealthy take their vote to Trump’s side, they bring their money with them.

Wealthy individuals and their corporations play a big part in campaign endorsement, meaning that any politician who wants to do well needs an army of rich business people behind them.

Warren’s campaign also relies heavily on support from the working class, whom she has tried to connect with through her support of unionization and heavy taxes on the wealthy.

In the upcoming elections, voters should focus on choosing someone who is going to bring together Democrats and Republicans, particularly in Congress.

In recent years, Congress has seen the biggest division between the parties since the Civil War, according to a November 2013 Ideology and Party Unity graphic, published by the Brookings Institution.

This means that fewer decisions are made and fewer bills are passed. Therefore, the next candidate needs to unite our legislature, but they also need to unite our citizens.

A lot of people have the image of former Secretary of State Hillary Clinton still stuck in their head and the negative connotations associated with her.

Clinton and Warren might be nothing alike, but not everyone in America is going to do their research on the country’s politicians.

A lot of people see the older, white woman in Warren and assume she will be exactly like Clinton, which means they probably won’t vote for her if they didn’t vote for Clinton.

In order to beat Trump, the nominee for the Democratic Party needs to be someone who can not only inspire non-voting Democrats to join the polls, but they also need to convince  moderates and conservatives who don’t support Trump to fill out a Democratic ballot.

Warren sports an activist-based campaign, which often has trouble following through on policy promises due to congressional gridlock, according to a June 10 New York Times article. Moderates and conservatives who don’t support Trump will struggle to back her activist policies and therefore will take their vote elsewhere, or nowhere at all.

Warren is an unlikely choice for Democratic nominee, and that is disappointing to a lot of people.

If you want Warren, or another candidate, to beat Trump, you can make it happen.

Do your research, spread the word to family, convince non-voters to participate this year and don’t let election season become a race for best reputation.