When we prescribe too quickly 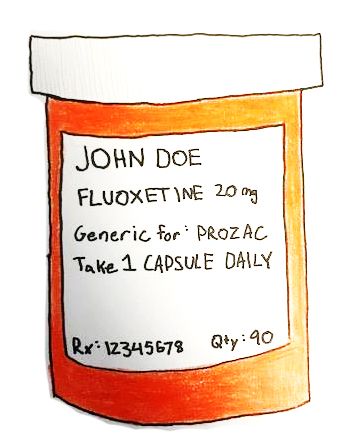 Around 36.4 percent of college students suffer from depression, according to the American Psychological Association.

The key piece of information most people are missing is that it has never been proven that depression is truly caused by low levels of serotonin or any other neurotransmitter. “Many of the biological aspects of depression remain uncertain,” according to Aaron Beck, a professor of psychiatry at the University of Pennsylvania,

Antidepressants were not fully understood before drug companies latched onto them as a way to make money.   The book “Bad Pharma” by Ben Goldacre goes in-depth on how drug companies overlook many issues.

Direct consumer advertising allows drug companies to advertise prescription drugs. Studies from the National Institute of Health show this type of advertising leads to more people going to their doctors asking for a prescription thinking that it will make their life better.

Since any doctor with a medical degree can prescribe antidepressants, this often leads to them being over-prescribed.

The number of people taking antidepressants surpasses the number of people who would be diagnosable for major depression or other types of mental illness, according to research done in 2010 by Jay C Fournier, a professor of psychiatry at the University of Pittsburgh.

On any given college campus, anywhere between 25 to 50 percent of students may be using antidepressants, according to a study done by University of Massachusetts researchers.

These drugs have many flaws including the side effects associated with them, and the disruption of natural neurotransmitter balances within the brain shown by Dr. J.M. Feurguson’s research in 2001.

In other studies, antidepressants’ benefits have not been shown to be statistically significant compared to placebo pills.  In reality, treatments like counseling or regimented exercise therapy are often as beneficial to the majority of depression cases.

A study done at the National Institute of Public Health showed how light aerobic exercise classes helped to alleviate depression symptoms at the same rate or higher than antidepressants.

While it can’t be said antidepressants have no place in modern medicine, they should not be the go-to remedy.