Zen and the art of ignoring the irrelevant 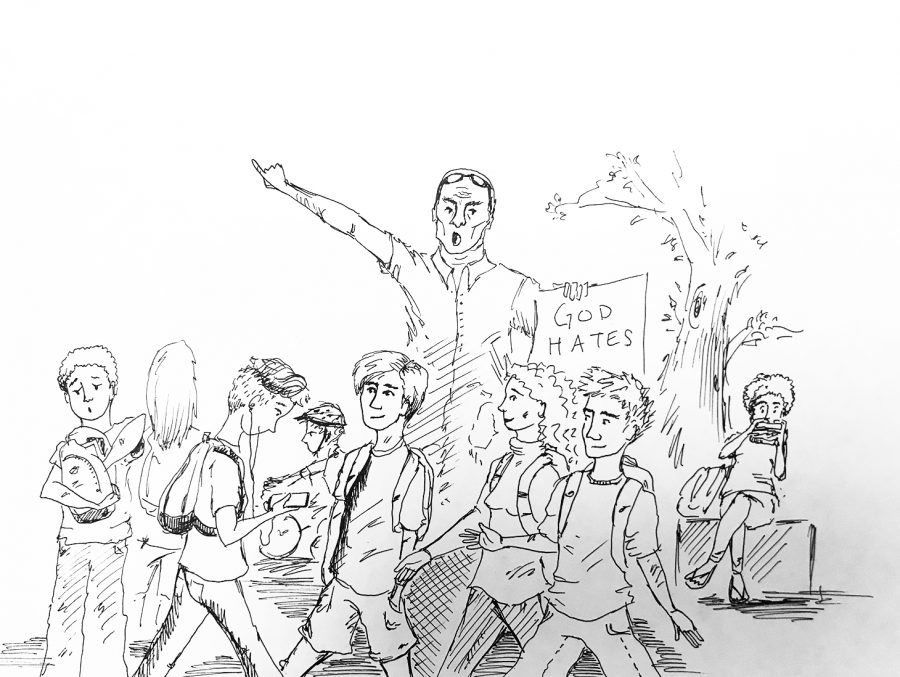 On the last day of August, I was walking back from class, making pleasant conversation with a friend, when I heard him gasp.

“Preacher,” was his only answer.

Sure enough, I looked to my left and saw a man surrounded by a dozen-or-so students.

We both sighed and continued in silence.

It’s only my third semester at UVM and this is getting stale.

Last fall, two preachers came to campus, denouncing evolution and homosexual relationships. Students were rightfully pissed, having to deal with individuals  who are simply  looking for a reaction by using  hateful language.

But there’s a reason preachers keep returning: upset students who gather around the scene are telling them they matter to us. We’re deeply offended and disgusted with their message and we can’t help but feel the need to talk about it. And in doing so they ultimately get what they want.

Of course the angry crowd of students doesn’t endorse this hateful message. That was never their goal. They just love the attention they get from showing up year after year.

They’ve probably denounced homosexuality thousands of times, and they can do it again.

I understand it’s fascinating  to test your debate skills with someone from an entirely different belief system, with virtually no shared ideals.

However, you must  realize it’s not worth your time.

Similarly, while Puerto Rican authorities raised Hurricane Maria’s death count from 64 to 2,975, the news covered Sen. John McCain’s death, partially because he once deviated from his party to save the Affordable Care Act.

Luckily, the New York Times is once again reminding us that McCain is, in fact, dead, and that he had a funeral  which  people attended. Oh, and by the way, 3,000 people died.

But we can’t blame journalists for covering this stuff over and over. In today’s society, where 24-hour news cycles are quickly beginning to take after click-bait, their job is now to tell us news  that gets the most hits.

Since we care so much about what Trump says, we get Trump news.

We liked hearing about McCain’s valiant effort to thwart Trump. Therefore, newspapers made sure to track everything involving him.

Which means I should probably start practicing what I preach … just forget you ever read this.