An alumnus and longtime faculty member could fill the soon-to-be-vacated athletic director position.

Associate Athletic Director Jeff Schulman has been named as a finalist for the soon to be vacated athletic director position, according to a March 25 email sent to the UVM community by Ian Boyce, chair of the search advisory committee. 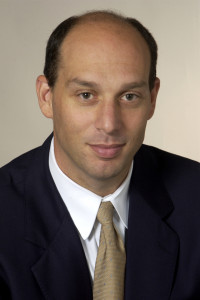 The committee recommended Schulman “be advanced at this time for additional interviews on campus.”

These additional interviews began March 29, when Schulman met with leaders of the athletic department, coaching staff, the Student-Athlete Advisory Council and administrators, including President Tom Sullivan.

The Student-Athlete Advisory Council “serves as a liaison between the student-athlete body and the athletic department’s administration,” according to UVM athletics.

There was also an open forum Tuesday for Schulman with an informal reception held afterward.

Schulman said he is “honored to have been selected to advance as a finalist for the athletic director position,” and looks forward to meeting with his colleagues and discussing his vision for UVM athletics.

Schulman, a 1989 UVM graduate, played hockey for the Catamounts for four years as a defenseman before being chosen by the Boston Bruins in the 1989 NHL supplemental draft, according to UVM athletics.

Since then, he has spent only four years away from UVM.

From 1993 to 2002, Schulman served as assistant director of athletics at UVM until he was promoted to the senior associate role he holds now, according to UVM athletics.

In a Feb. 18 cover letter submitted by Schulman to the athletic director search committee, Schulman pointed to his commitment to UVM athletics as a strength of his candidacy.

“As a UVM alumnus, former student-athlete and long-serving senior administrator, I’m deeply committed to seeing the department and the entire University reach their fullest potential,” Schulman wrote in the Feb. 18 letter.

The committee’s decision to recommend Schulman’s advancement as a finalist candidate came after “the committee met for two days in New York City and interviewed eight semifinalist candidates including five sitting directors of athletics and three senior high level associate athletic directors,” according to the March 29 email.

There were a total of 79 applicants for the position, Boyce said in the email.