Catamounts fall to Purdue in the round of 64 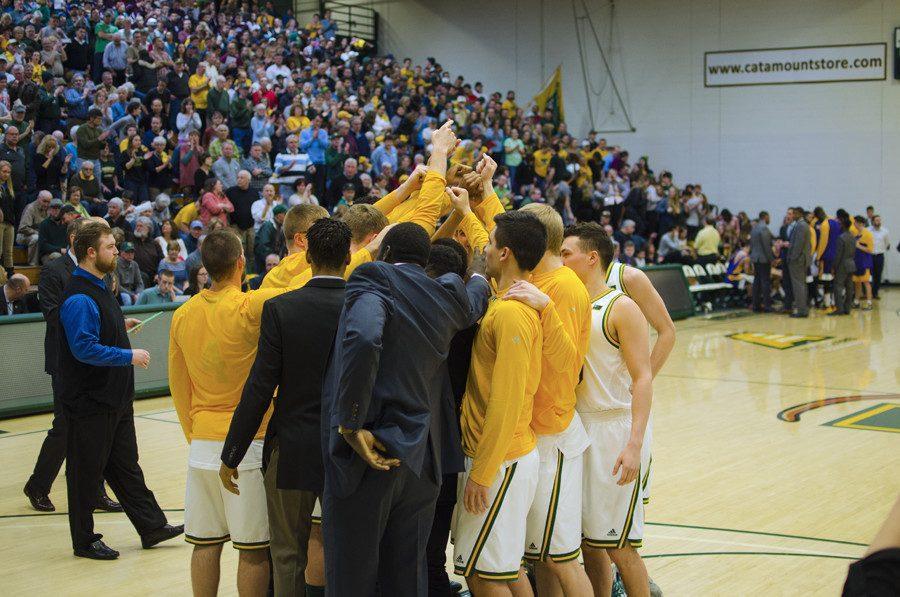 The Big Dance only lasted one night for UVM, as the No. 13 seeded Catamounts fell to No. 4 seeded Purdue University 80-70 in the first round of the NCAA tournament in Milwaukee, Wisconsin.

Purdue jumped out to an early 7-2 lead. The Catamounts, led by a pair of three-pointers by junior forward Payton Henson, roared back on a 13-0 run to take a 15-7 lead.

The Boilermakers chipped away at this lead over the next 10 minutes, eventually regaining the lead by a score of 28-25 on a three-pointer by guard P.J. Thompson.

Vermont and Purdue would trade baskets and leads over the remainder of the half, but it would be Purdue who went into the locker rooms with a lead, 37-36.

However, the end of the half didn’t come nicely for one Catamount.

In an attempt to contest a shot, senior captain Kurt Steidl landed awkwardly and headed to the locker rooms with what appeared to be a knee injury. Steidl did not return.

Purdue never trailed in the second half, led by 16 second-half points by forward Vincent Edwards. Their lead stretched to as much as 12 points.

The Catamounts were able to cut the lead to seven late, but the Boilermakers were able to hang on, thanks in part to a pair of blocks by their star, six-foot-nine-inch Caleb Swanigan.

Lamb led Vermont on the night with 20 points, as well as nine rebounds. Bell-Haynes posted 15 points to go with six rebounds and six assists.

For Purdue, Swanigan posted a double-double with 16 points and 14 rebounds, while Edwards posted 21 points on the night.

The Catamounts finish the season with a record of 29-6.