Cats on roll with tournament set 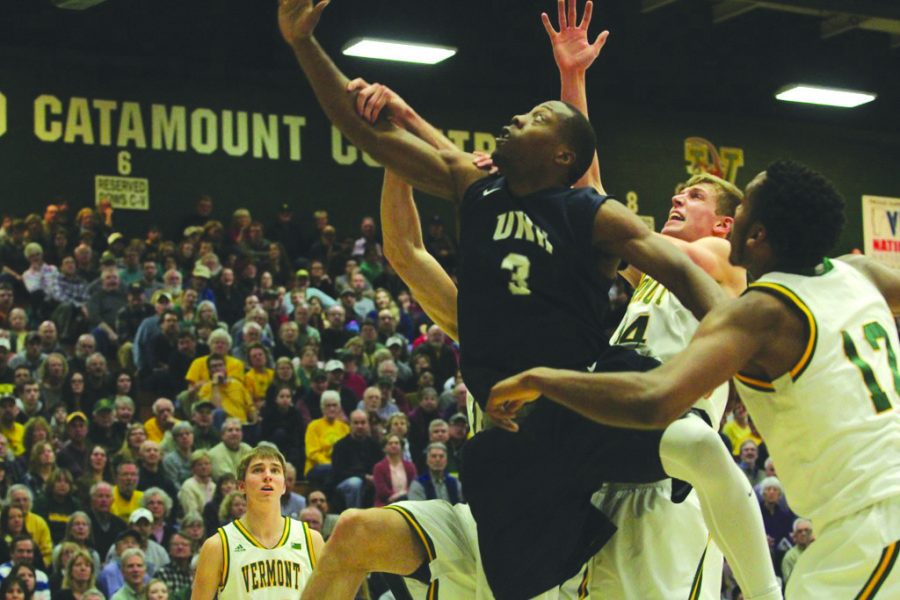 The Catamounts men’s basketball team has finished up their regular season schedule and are now shifting their focus to postseason play.

First, the Catamounts will compete in the America East Tournament.

The winner of the tournament will receive an automatic bid to the NCAA Men’s DI Basketball Tournament.

Based on their in-conference record of 11-5, the Catamounts have clinched the third seed and a first round home game in the conference tournament.

Stony Brook boasted a 14-1 conference record prior to Saturday’s game, according to their website.

Vermont got out to an early lead in the game and never looked back, eventually winning 76-62.

With the win against Stony Brook, UVM secured their No. 3 position in the tournament.

Patrick Gymnasium will be the site for the Catamounts’ first game in the America East Tournament March 2.

“It’s great for our student-athletes to have the opportunity to play in front of their fellow students and our fans in a March Madness atmosphere,” head coach John Becker said.

Senior forward Ethan O’Day expressed excitement about having a playoff game at home.

“Our fans have served as a sixth man for us in games this year and we feed off of the crowd’s energy when playing at home,” O’Day said.

The Catamounts have won their last five games leading up to the conference tournament, according to UVM athletics.

The Catamounts will host the No. 6 University of Maine on Wednesday night.

Vermont is undefeated against Maine this season, who is 4-12 in conference, according to UVM athletics, with both wins coming by greater than 15 points.

“During the playoffs our team understands that we need to be more focused and locked in as it is the most important time of the season,” O’Day said.

“There is more excitement and anticipation leading up to the game because we know that all the work we have put in had led up to playoff time,” he said.

A win against Maine would likely mean a second-round match-up with the University of Albany.

The Catamounts have lost both match-ups with them this season.

If the Catamounts are able to advance through the first two rounds of play, it would likely set up another match-up against Stony Brook, where the team could repeat their biggest win of the season, with a bid to the NCAA basketball tournament on the line.

“Making our sixth NCAA tournament would be a great accomplishment and a first for all our current players,” Becker said about the possibility of advancing to the tournament.

“Nothing beats seeing your name called on selection Sunday and playing the best of the best on national TV,” he said.