Cats ready for a new start 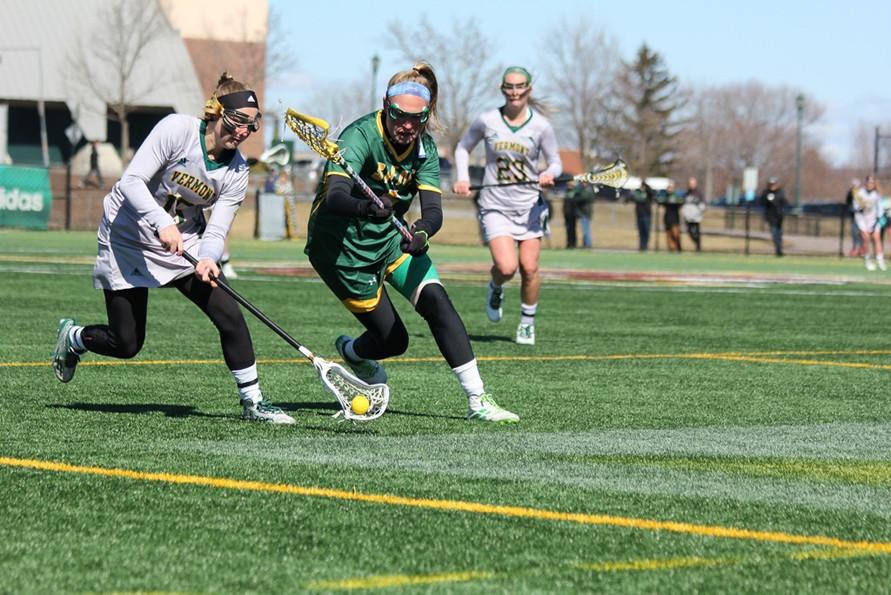 A new coach and a new season provide optimism for Catamount women’s lacrosse.

Last season, under head coach Jen Johnson, the Catamounts went 6-10 overall and 2-4 in America East, missing the conference tournament for the first time since 2012.

New head coach Sarah Dalton, a Vermont native, is in her first role as a head coach and the new responsibilities have taken some getting used to.

“Now I’m the one in charge,” Dalton said, “and now I’m looking to my assistants in the way that my old head coaches looked to me.”

In total, eight of their first 10 games are away from Virtue Field, something Dalton believes will help to foster team chemistry, she said.

“I think any time you’re on the road, you’re spending a lot more time together, you’re eating all your meals together,” Dalton said. “It gets us away from campus, gets us away from school, which is a bonus. We can all be focused on lacrosse.”

“I think it’s going to be huge for us,” Kuras said. “Being on the road with your teammates is the best experience you can have; you’re together all the time, it’s good for team bonding and good for team chemistry.”

The team is a young one, with only five juniors and seven seniors on the roster of 35 players – something Dalton said she sees as an advantage.

“It’s exciting to know that I’ll have them for three or four years,” she said.

One of those seniors, attacker Alex Bernier, embraces her role as a leader and working with the newcomers.

“It’s been great working and playing with new girls, and figuring out what their style of play is and how it fits into our team and program as a whole,” Bernier said.

According to Kuras, who started 12 games her first year, constant effort on the training field is crucial going into the season.

Vermont opened the season Feb. 4 when they travel to Louisville, Kentucky to take on the Louisville Cardinals.

The team’s home opener is Feb. 21 when the Catamounts host the Marist College at Virtue Field.